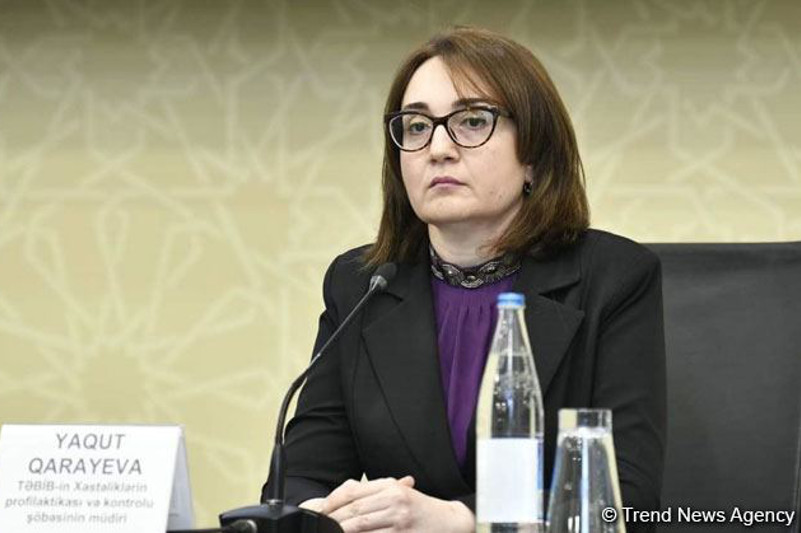 BAKU. KAZINFORM - The number of people infected with coronavirus has been recently growing in Azerbaijan, Yagut Garayeva, head of the department of the Management Union of Medical Territorial Units in Azerbaijan (TABIB), said.

Garayeva made the remarks in Baku during a briefing held by the Operational Headquarters under Azerbaijani Cabinet of Ministers on May 5, Trend reports.

«However, we have not been surprised,» head of the department added. «It was known in advance that softening of the quarantine regime contributes to an increase in the number of infected.»

«The main method of preventing new infections is to comply with the quarantine rules,» head of the department said. «Unfortunately, 76 new cases of infection have been revealed today. Meanwhile, 28 people recovered and were discharged from the hospitals. Twenty-six people have died so far, 526 people are undergoing medical treatment. The health condition of 21 of them is severe.»

COVID-19 recoveries close in on 160,000 in Kazakhstan
News from dashboard.idealmedia.com
Popular