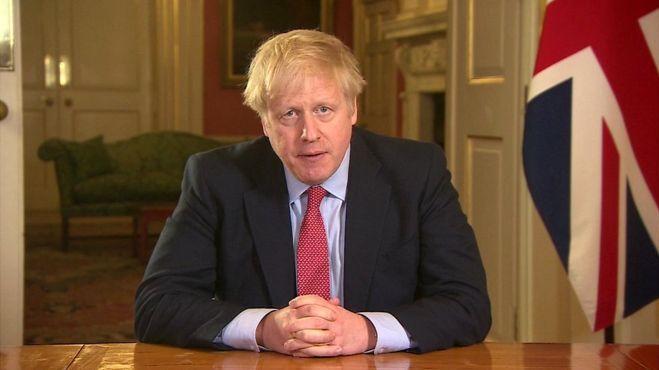 LONDON. KAZINFORM - British Prime Minister Boris Johnson was admitted to intensive care Monday as his condition deteriorated since being infected with the novel coronavirus, according to a government statement.

«Since Sunday evening, the Prime Minister has been under the care of doctors at St Thomas' Hospital in London after being admitted with persistent symptoms of the coronavirus,» said a Downing Street spokesman.

«Over the course of this afternoon, the condition of the Prime Minister has worsened and, on the advice of his medical team, he has been moved to the Intensive Care Unit at the hospital,» he said.

Johnson has asked Foreign Secretary Dominic Raab, the First Secretary of State, to deputize for him where necessary, the statement said.

«The PM is receiving excellent care and thanks all NHS staff for their hard work and dedication.»

Johnson tested positive for the virus 11 days ago and was taken to the hospital on Sunday after symptoms «persisted.» A government statement had said he was admitted to St Thomas’ Hospital for further checks.

A Cabinet meeting due Tuesday was earlier postponed due to the latest developments, a statement from Downing Street said, adding Johnson will remain hospitalized for a second night as his fever and cough continued.

«Last night, on the advice of my doctor, I went into hospital for some routine tests as I’m still experiencing coronavirus symptoms. I’m in good spirits and keeping in touch with my team as we work together to fight this virus and keep everyone safe,» Johnson earlier wrote on Twitter.

Raab, who is to assume some prime ministerial duties, said there was an «incredibly strong team spirit» behind Johnson.

«The government's business will continue,» he said.

«The prime minister is in safe hands with that brilliant team at St Thomas' Hospital.

»The focus of the government will continue to be on making sure that the prime minister's direction -- all the plans for making sure that we can defeat the coronavirus and can pull the country through this challenge -- will be taken forward.«

In its initial response to the pandemic, the British government had adopted a «herd immunity» approach, but rising numbers of cases and fatalities forced it to introduce stricter measures, including social distancing and school closures.

Herd immunity is a concept in which the virus keeps spreading in a society and eventually people after being infected by it become immune to the outbreak.

Johnson said the country might need to «take it on the chin» in a TV interview in the early stages of the fight against the virus.

Since its U-turn from the herd immunity tactics, the government has maintained its warnings to the public to observe social distancing measures and is urging people to stay at home unless it is absolutely necessary to go out.