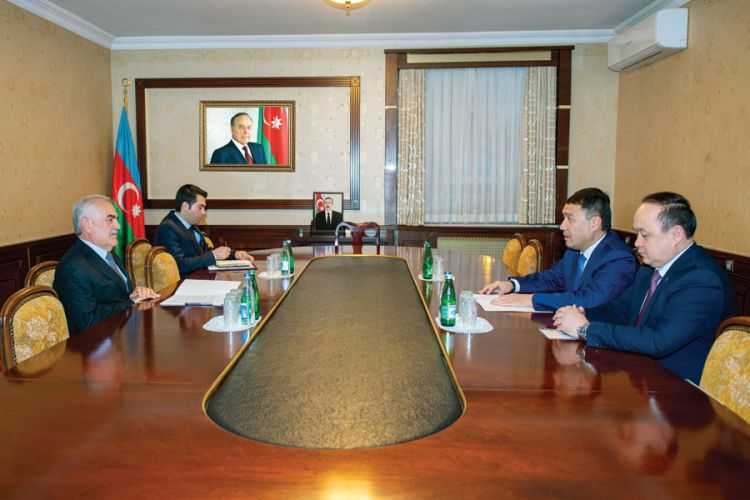 NUR-SULTAN. KAZINFORM Chairman of the Ali Majlis of the Nakhchivan Autonomous Republic Vasif Talybov met with Serzhan Abdykarimov, Kazakhstan Ambassador to the Republic of Azerbaijan, the press service of the Kazakh Embassy informs.

Chairman of the Ali Majlis welcomed the guest and congratulated him on his appointment as Ambassador.

Speaking about the territory of Nakhchivan, its population, development, Chairman of the Ali Majlis noted the development of various sectors of the autonomous republic. It was noted that the Autonomous Republic provides itself with basic food and industrial goods and has export potential. Ambassador Serzhan Abdykarimov thanked for a warm welcome. Expressing satisfaction with the start of his diplomatic mission in Azerbaijan and his visit to Nakhchivan, the guest spoke about the existing relations between Kazakhstan and Azerbaijan. Noting the great importance of developing relations with the Nakhchivan Autonomous Republic, the diplomat said he would make efforts in this direction.