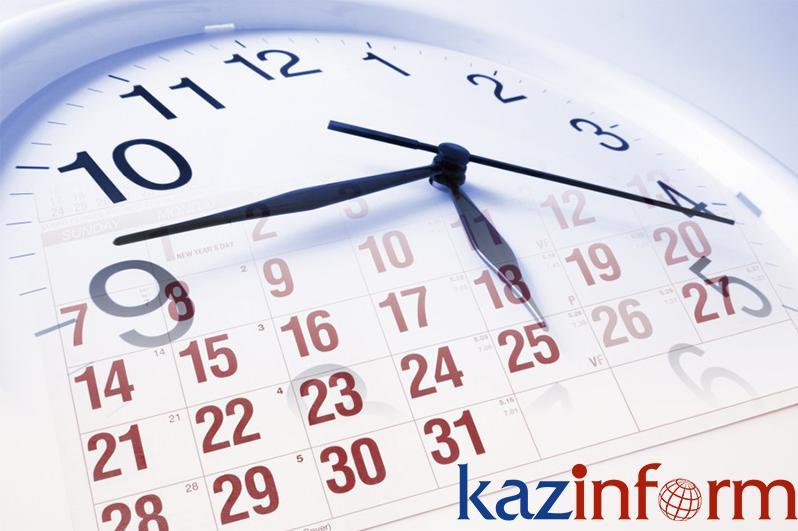 NUR-SULTAN. KAZINFORM - Kazinform's Timeline is the one-stop shop where you can learn about historical events for the 30th of November. See what notable events happened throughout Kazakhstan's history on November 30.

Day of Remembrance for all Victims of Chemical Warfare

The Day of Remembrance for all Victims of Chemical Warfare is an annual event held November 30 as a «tribute to the victims of chemical warfare, as well as to reaffirm the commitment of the Organisation for the Prohibition of Chemical Weapons (OPCW) to the elimination of the threat of chemical weapons, thereby promoting the goals of peace, security, and multilateralism.» It is officially recognised by the United Nations (UN) and has been celebrated since 2005.

2004 - President of Kazakhstan Nursultan Nazarbayev attended the ceremony of unveiling a new railway line Khromtau-Altynsarin held at Arka station in Kostanay region. President Nazarbayev personally gave a sign with his own hand and a freight train named «Barys» headed from Arka station, Kostanay region, to Aktau, Mangistau region, without crossing the Kazakh border. Thus, the railway connecting the north of Kazakhstan with the western regions was opened. The length of the main lines is 402.5 km.

2011 - Almaty was officially announced as the host city of the World Winter Universiade 2017. It was FISU President Claude-Louis Gallien who voiced the venue selection results in Brussels.

2014 - Greco-Roman wrestling champion of 1980 Summer Olympics Zhaksylyk Ushkempirov was awarded the title of «The Best Wrestler in the World». The famous athlete received this award from the United World Wrestling organization.

2016 - The Arbitration Chamber of Kazakhstan was established in Astana. The Arbitration Chamber of Kazakhstan raises public awareness, takes part in lawmaking activities, and upgrades the skills of its members. Kazakh citizens can get fuller information about the effective tool for solving disputes through the pre-trial process and, therefore, become more aware of the arbitration system as a modern method of restoring rights and justice.