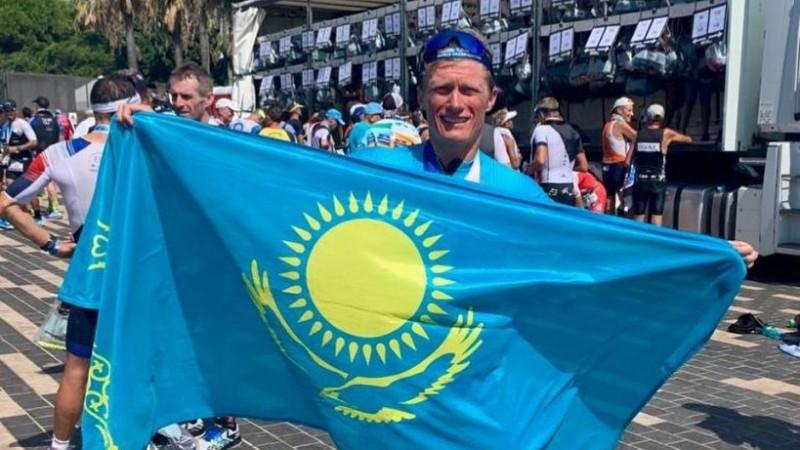 Vinokurov performed in the age category 45-49. The first stage swimming 3.8 kilometers he overcame in 1:09:06.

The bicycle stage which was 180 km long he passed in 4:21:06. He retained leadership in the running stage. Thus, the full distance of the Ironman he passed within 8:48:24.

NOTE: Alexander Vinokourov is a Kazakhstani former professional road bicycle racer and current general manager of UCI ProTeam Astana. As a competitor, his achievements include two bronze medals at the World Championships, four stage wins in the Tour de France, four in the Vuelta a España plus the overall title in 2006, two Liège–Bastogne–Liège monuments, one Amstel Gold Race, and most recently, the gold medal at the 2012 London Olympics Men's Road Race. Vinokourov is a past national champion of Kazakhstan, and a dual-medalist of the Summer Olympics.