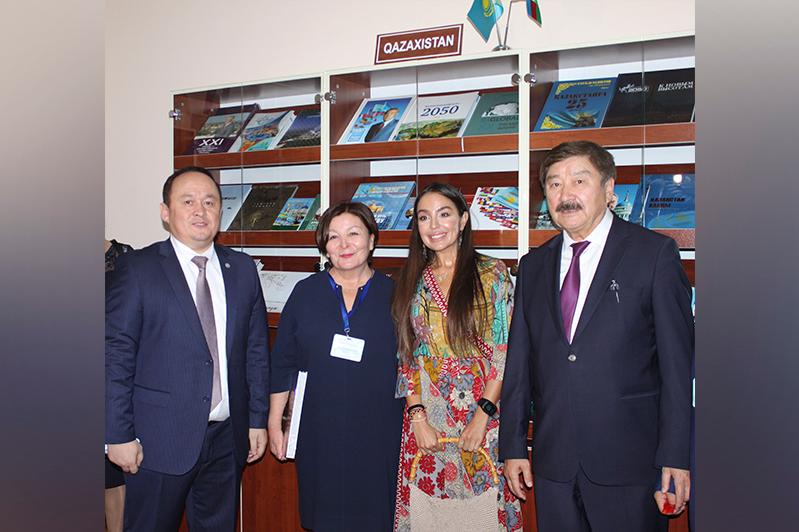 BAKU. KAZINFORM The Kazakh Culture and Literature Centre opened as part of the VI Baku International Book Fair at the National Library of Azerbaijan.

The goal of this international project is to disseminate knowledge about Kazakhstan, its history, culture, customs and traditions, economic and social achievements, literary legacy.

The centre features the books of Elbasy Nursultan Nazarbayev devoted to his work, his role in the international political arena, also works of the famous Kazakhstani authors in Kazakh, Russian, English. Above 200 books were donated at large. Undoubtedly, the books will stir readers’ great interest in the rich culture of Kazakh people.

Since 2016 the National Academic Library of Kazakhstan with support of the Kazakh Culture and Sports Ministry, Foreign Ministry and Kazakh Embassies have been fulfilling the international project purposed to open Kazakh Culture and Literature Centres at the national and large libraries overseas.

As of today there are 32 such centres around the world.

Over 400 beat COVID-19 in Kazakhstan
News from dashboard.idealmedia.com
Popular