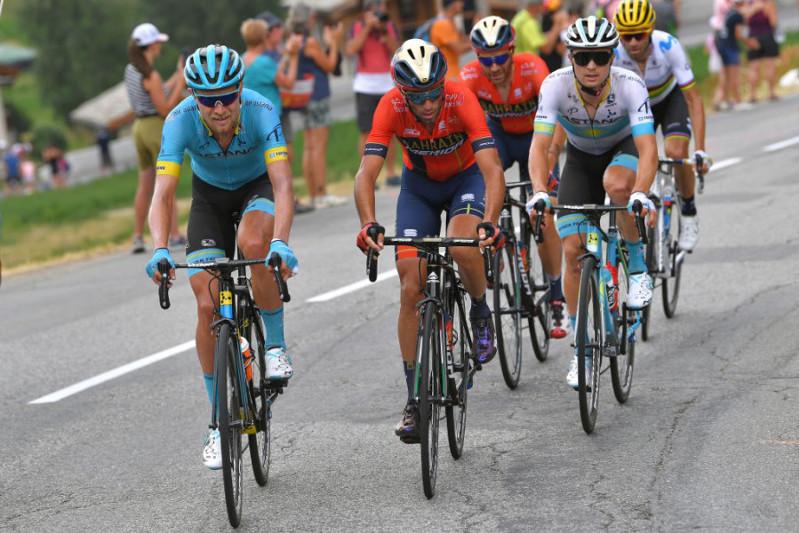 NUR-SULTAN – TIGNES. KAZINFORM - With four riders in the breakaway, the riders of Astana Pro Team once again showed their fighting mentality today at stage 19 of the Tour de France, Kazinform cites the team’s press office.

Magnus Cort, Alexey Lutsenko, Gorka Izagirre, and Pello Bilbao were part of a 29-man breakaway, but they got caught by the group of GC favorites on the Col de l’Iseran. Cort was able to hang on with some of the riders fighting for the overall, but he never got the chance to go for a stage result, as the race got canceled at the top of the climb due to the weather conditions on the descent.

«I felt very good today, but there were too many GC guys in the breakaway as well, so we didn’t get a gap that was big enough to race for a stage win. The group with favorites caught me on the l’Iseran and I was able to hang on with some of them until the top. Just after we were riding down on the descent, I heard on my radio that the race got canceled. I have all the respect for the decision, I have been in many situations where they didn’t respect the bad weather protocol, so I think this is a good call,» said Magnus Cort.

«It’s a good decision of the race organizer to cancel the stage because it wouldn’t be safe for our riders to continue. Our riders worked hard today to get in the breakaway, but the favorites for the GC were fighting hard for the podium, so the break didn’t get too much time. I think it’s good that our riders once again showed their will to fight for a stage win, we can be happy with that,» said sports director Dmitriy Fofonov.

For the general classification, the times were taken on the top of Col de l’Iseran, making Egan Bernal the new overall leader after stage 19. Tomorrow’s stage 20 will start in Albertville to have a summit finish (HC) in the mountain resort of Val Thorens after the riders already climbed two categorized climbs.