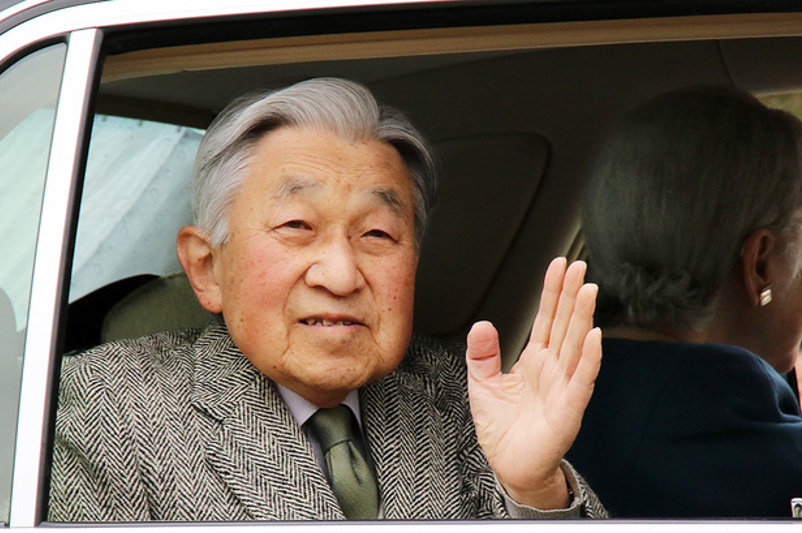 TOKYO. KAZINFORM Emperor Akihito declared his abdication at a ceremony Tuesday, expressing his appreciation for the support of the Japanese people during his 30-year reign.

"I have performed my duties as the emperor with a deep sense of trust in and respect for the people, and I consider myself most fortunate to have been able to do so," the 85-year-old emperor, who will become the first Japanese monarch to abdicate in 202 years, said in his final speech at the Imperial Palace.

The emperor also expressed his gratitude to the people who accepted and supported him in his role as the "symbol of the state" as defined by the Constitution, Kyodo News reports.

"I sincerely wish, together with the empress, that the Reiwa Era, which begins tomorrow, will be a stable and fruitful one, and I pray, with all my heart, for peace and happiness for all the people in Japan and around the world," he also said.

The emperor made the remarks after Prime Minister Shinzo Abe expressed his appreciation to him for "always sharing joy and sorrow with the people," at the event attended by around 300 guests, including imperial family members, Cabinet ministers, the leaders of both Diet chambers and Supreme Court justices.

He will formally step down at midnight Tuesday and no longer engage in official duties. His elder son, Crown Prince Naruhito, 59, will accede to the throne the following day.

In 1989, Emperor Akihito became the first monarch enthroned under the postwar supreme law, which does not give an emperor any political power.
On Tuesday morning, the emperor performed his last rituals within the palace to ceremonially report his abdication to his ancestors.

Clad in a dark orange robe, the emperor paid a visit to sanctuaries within the palace precincts, including Kashikodokoro, a shrine dedicated to the Shinto sun goddess Amaterasu, from whom the imperial family is said to be descended.

When performing important rituals, a Japanese emperor dons a costume called "Korozen no goho" that dates back to the ninth century.
Braving the rain, a number of well-wishers gathered in front of the palace to mark the last day of Heisei, taking commemorative photos and hoping for a glimpse of members of the imperial family entering the palace for the rituals.