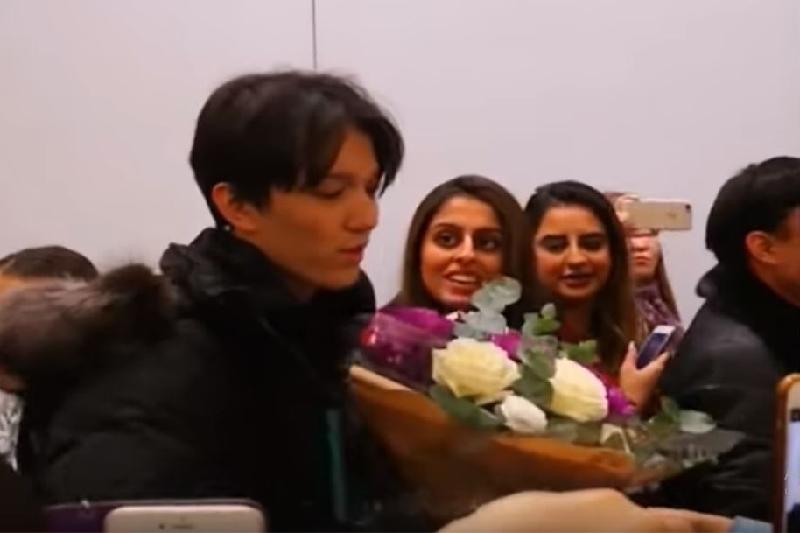 ASTANA. KAZINFORM - Dimash Qudaibergen has arrived in London. Numerous fans gathered at the airport of his arrival, Kazinform reports.

Greeting the singer to the sound of bagpipes, the fans from various countries brought bunches of flowers.

It should be mentioned that Dimash Qudaibergen will give a solo concert in London on November 19 within the framework of the Days of Kazakhstan's Culture in the UK. The concert by the Kazakh singer is being advertised on LED screens in the center of the British capital.

Kazinform earlier reported that during a meeting with Minister of Culture and Sport Arystanbek Mukhamediuly in Astana before the trip to London, Dimash Qudaibergen and his father, Kanat Aitbayev, discussed the upcoming concert. According to Dimash's father, the singer will perform 60 percent of his songs in the Kazakh language at the concert.