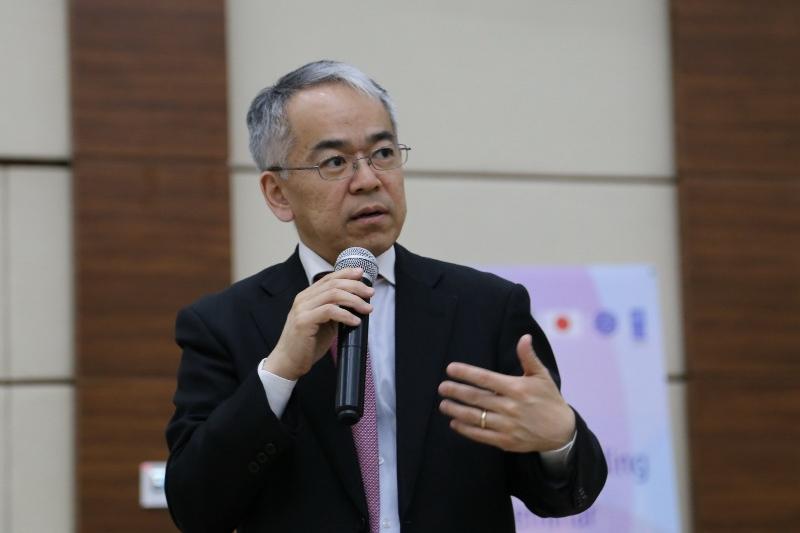 ASTANA. KAZINFORM The completion of Kazakhstan's official development assistance (ODA) project to the Afghan government was announced today at a ceremony which was held at the Nazarbayev University in Astana, Kazinform has learned from the press service of the Ministry.

"The agreement on the implementation of this project was reflected in the Joint Statement on the deepening and expansion of the strategic partnership between the Republic of Kazakhstan and Japan adopted by the President of the Republic of Kazakhstan Nursultan Nazarbayev and Prime Minister of Japan Shinzō Abe during the official visit of the Japanese leader to Astana in October 2015. The project is aimed at strengthening the economic independence of Afghan women and involves training of the country's citizens in Kazakhstan in such in-demand areas for Afghanistan as public administration and healthcare, with a special focus on maternal and child health," the MFA's press release reads.

The project was funded by the United Nations Development Program (UNDP) and the Japan International Cooperation Agency (JICA). Kazakhstan, in its turn, provided training at its leading educational institutions, including the Nazarbayev University.

The ceremony was addressed by Director of the Foreign Economic Policy Department of the Ministry of Foreign Affairs - National Project Coordinator Olzhas Issabekov, UNDP Resident Representative in Kazakhstan Norimasa Shimomura, Japanese Ambassador to Kazakhstan Ichiro Kawabata, Nazarbayev University Vice President Massimo Pignatelli, adviser to the Ambassador of the Afghan Embassy in Kazakhstan Khairi Muhammad Humayun, and a representative of the Ministry of Foreign Affairs of Afghanistan.

The project kicked off with a working visit of the Kazakh delegation to the Afghan capital on February 12-17, 2017, where it presented the country's first ODA project to the Afghan government.

During the visit, which marked the transition to the practical phase of the project, meetings were held with representatives of Afghanistan state bodies, as well as with UN agencies. The Afghan side supported the implementation of the project, noting its relevance.

Within the second phase of the project, a seminar on the protection of maternal and child health was held in Kazakh at the Nazarbayev University on March 31-April 12, 2018. More than 30 healthcare professionals from Afghanistan attended the event in the Kazakh capital, the program of which included lectures and training sessions from leading NUSOM, National Laboratory of Astana and Center for Maternity and Childhood experts.

All of the attendees of the seminar were awarded certificates of completion. They thanked the organizers of the event and experts for the knowledge provided and expressed hope that such events will be held in the future.

Kazakhstan's Foreign Ministry notes that the country's first ODA project became yet another contribution of the country to the global efforts to stimulate further development of Afghanistan through empowering its women.