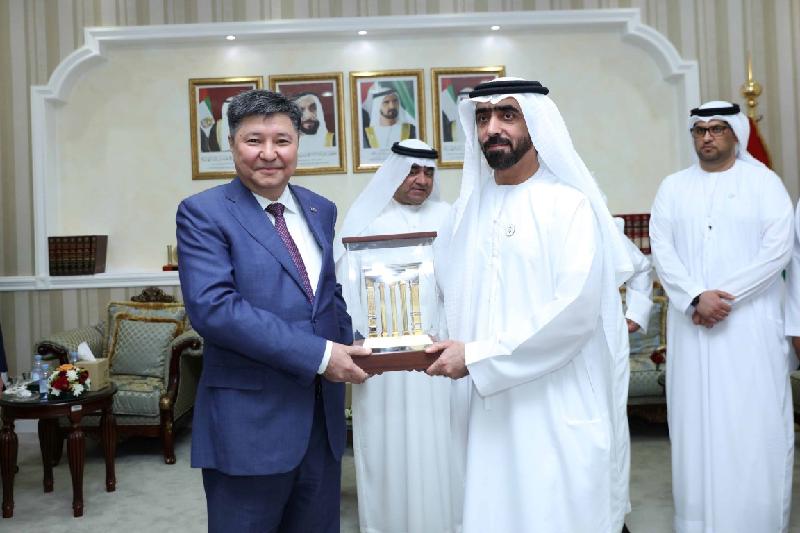 ABU DHABI. KAZINFORM - Judge Mohammed Hamad Al Badi, Chief Justice of the Supreme Federal Court, praised the judicial cooperation between the UAE and Kazakhstan, as well as their ongoing ambition to enhance their close ties, via the exchange of knowledge, expertise and development projects and programs, with the aim of developing their judicial systems and legal services, based on a Memorandum of Understanding, MoU, WAM reports.

Al Badi received Zhakip Assanov, President of the Supreme Court of Kazakhstan, and his delegation, in the presence of Mohammed Ahmed Al Jaber, UAE Ambassador to Kazakhstan, Khairat Lama Sharif, Kazakhstan Ambassador to the UAE, and Mourad Al Baloushi, Director of the International Cooperation Administration at the Ministry of Justice, as well as several judges from the Supreme Federal Court.

During the meeting, Al Badi praised the efforts to strengthen the overall cooperation and coordination between the courts of the two countries while appreciating the visit of the Kazakh delegation, which is a follow up to previous visits.

Both sides held official talks where they discussed co-operation programs and the exchange of visits and expertise. Al Badi presented the strategy of the Supreme Federal Court and its judicial departments, as well as its key initiatives and sub-initiatives that are related to achieving its goals and operational programs.