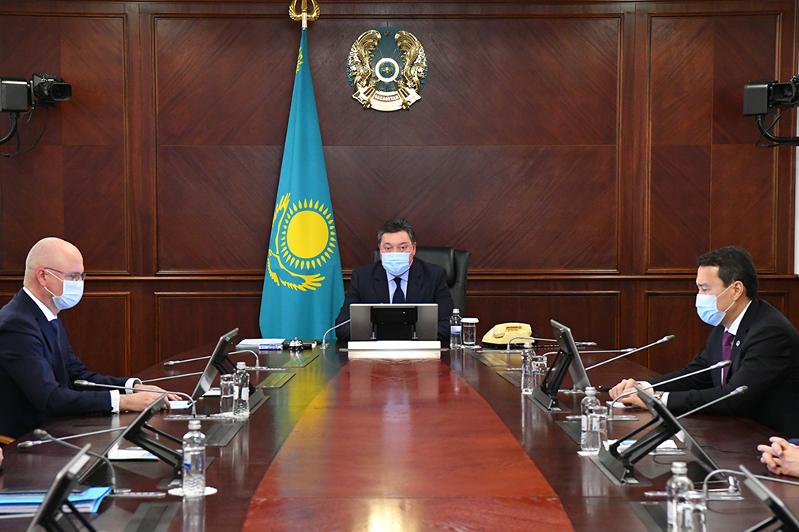 The parties discussed the prospects for cooperation and exchange of experience in the fields of animal husbandry, breeding, seed production, drip and sprinkler irrigation, agricultural science and education, primeminister.kz.
As a result of negotiations, an investment agreement was signed between the Ministry of Agriculture of the Republic of Kazakhstan, the Kazakh company Kusto Group and the American company Valmont Industries.

The document provides for the creation of a network of demonstration farms and the construction of a plant for the production of advanced irrigation systems and crop yield management in Kazakhstan. The plant's capacity will be 1,000 Valley frontal and pivot irrigation machines per year.

American technologies of irrigation will increase the productivity of crop production and reduce water consumption in agriculture by 50-70%.

The formation of a network of demonstration farms will ensure the transfer of advanced technologies in the field of irrigation, rational use of water resources, fodder production, education and training of farmers and training of qualified personnel. 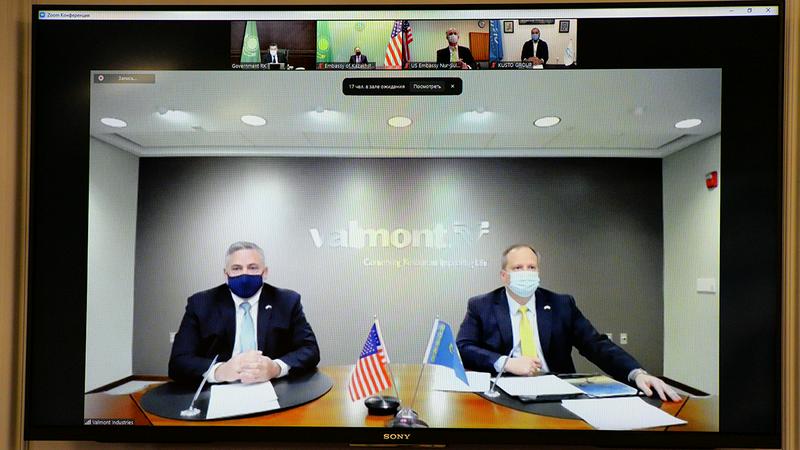 Valmont Industries is a world leader in investment and management of water infrastructure, irrigated agriculture and the production of irrigation systems. The company was founded in 1946 and headquartered in Omaha, Nebraska, USA. The company's annual turnover exceeds $2.6 billion.

The Head of Government stressed that the agro-industrial complex is one of the fastest growing sectors of the economy of the Republic of Kazakhstan. At the same time, according to the Food and Agriculture Organization under the United Nations, Kazakhstan is one of the five countries with the greatest potential in the field of agriculture. 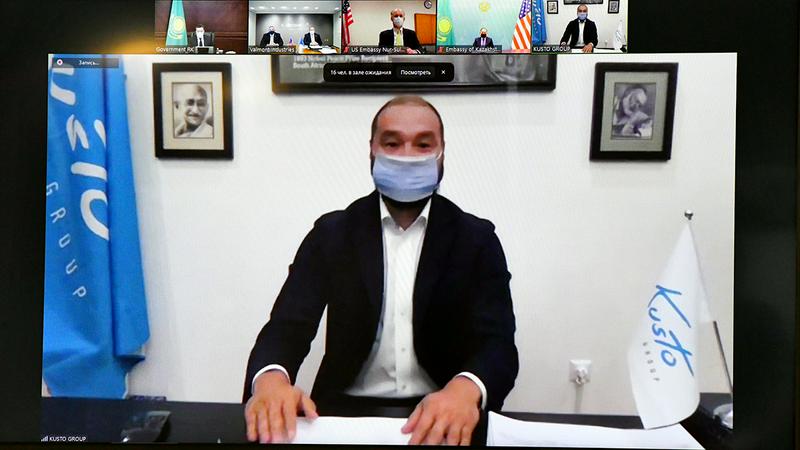 «By the end of 2020, agriculture has achieved a steady growth of 5.6% – the highest indicator in the industry over the past 6 years. The agro-industrial complex has become a key factor in curbing inflation in Kazakhstan amid continuing disruptions in global food chains,» Mamin said.
First Deputy Prime Minister Alikhan Smailov, Minister of Agriculture Saparkhan Omarov, Minister of National Economy Ruslan Dalenov, Minister of Foreign Affairs Mukhtar Tileuberdi, Ambassador of the Republic of Kazakhstan to the USA Erzhan Kazykhanov, Head of the Kusto Group Yerkin Tatishev participated in the negotiations from the Kazakh side, the American side was represented by the Deputy US Ambassador Theodore Ling, President of Valmont Irrigation Lenny Adams and Vice President of Valmont Industries Joshua Dixon.