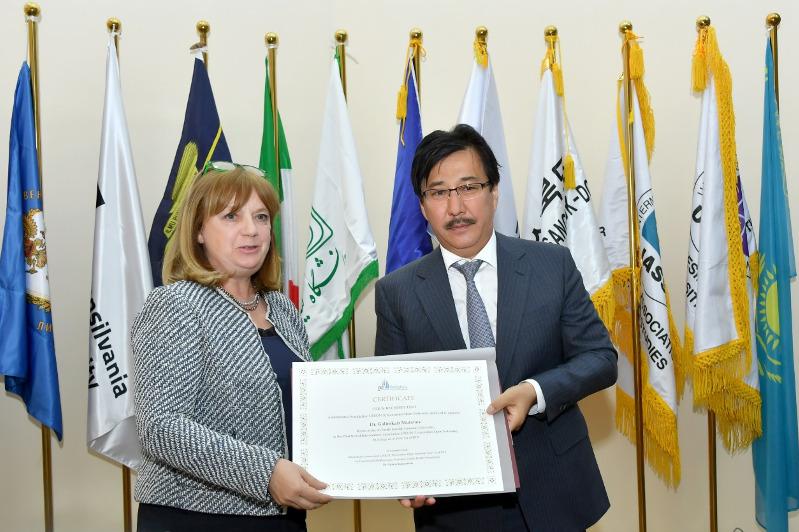 ALMATY. KAZINFORM Rector of the Al-Farabi KazNU, Academician Galym Mutanov has been elected as the President of the International Association«UNION». This was announced at the grand opening of the «QS Worldwide» Forum, which is being held for the first time in Kazakhstan in Almaty.

The International Association «UNION» ( Universities Open Network) is a global network that unites more than 100 leading universities from 35 countries. The president of the organization is elected on a competitive basis.

At the Assembly held in Barcelona (Spain), the Rector of Al-Farabi Kazakh National University Galym Mutanov was unanimously elected as the Head of the Association.

«We know Galym Mutanov as a famous scientist, an effective manager and innovator in the field of higher education. Under his leadership, KazNU has reached great achievements and has become an advanced University of international level. We are deeply convinced that by leading the Association he will make a substantive contribution to its activities and achieving its goals», - highlighted Tatiana Kompaniets, Director of the Barcelona Graduate School of Management, presenting the Certificate at the Global Forum of Universities, which was held in Almaty on September 19-20.