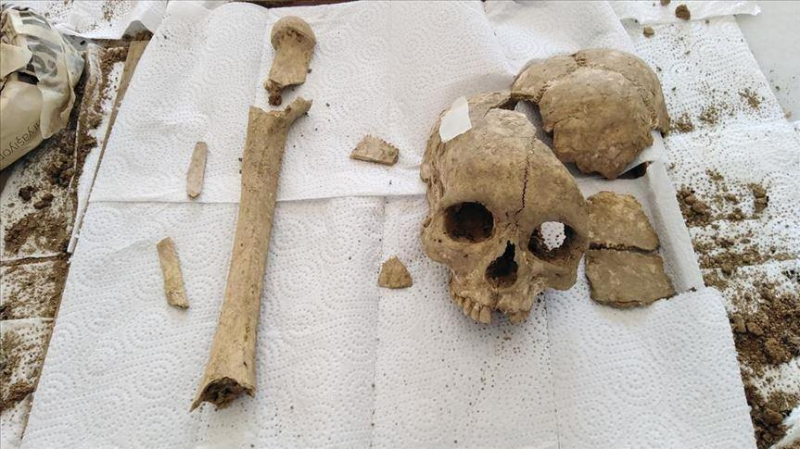 CORUM. KAZINFORM - A 3,500-year-old skull and femur was found during archaeological excavation in Turkey's Black Sea province of Corum, Kazinform has learnt from Anadolu Agency.

The ancient skull and femur were unearthed in Sapinuwa district, which was once a remarkable city of the Hittite Empire.

«We found a human skull and left femur (thigh) bone that belongs to the Hittite era. This is a very important finding [..],» Aygul Suel, who conducts researches on behalf of the Hittite University, told reporters.

Suel said that they are excavating in two different regions, including Tepelerarasi and Agilonu.

The researcher highlighted that the discovery is important as no royal tombs belonging to the empire have been found until recently.

«There has not been any Hittite king's tomb or Hittite human skeleton found so far. This skull and the left femur will provide us with great information,» Suel said.

Suel added that an ancient DNA study and carbon-14 test will reveal the exact dates of the skull and femur, as well as the genetic make-up and racial kinships.