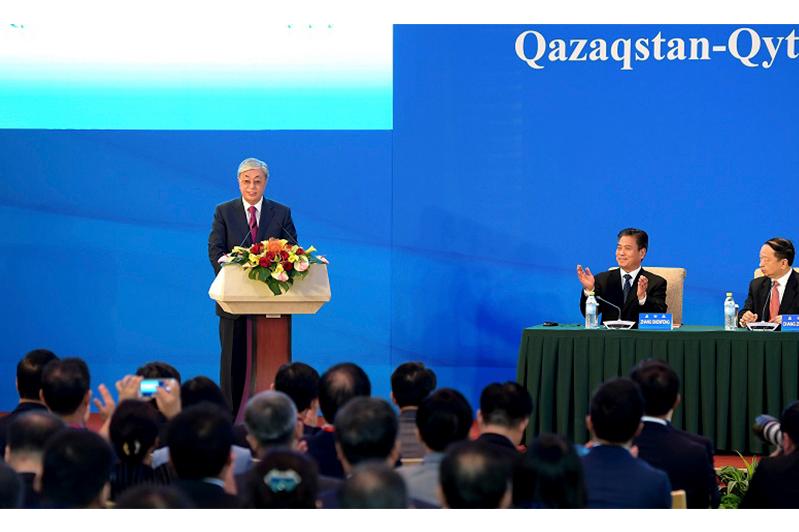 In his speech Kassym-Jomart Tokayev noted that Kazakhstan and the People’s Republic of China have good neighborly relations based on trust and mutually beneficial cooperation. «China has become one of Kazakhstan’s largest foreign trade and economic partners. This is evidenced by the dynamic growth of trade between our countries which in 2018 grew by 11.4% and amounted to $12 billion. Over the years of Independence China has invested about $20 billion in Kazakhstan. We observe the today's 6th meeting of the Business Council as an opportunity to unleash even greater the huge potential of the business and investment partnership between our two countries», the President said. 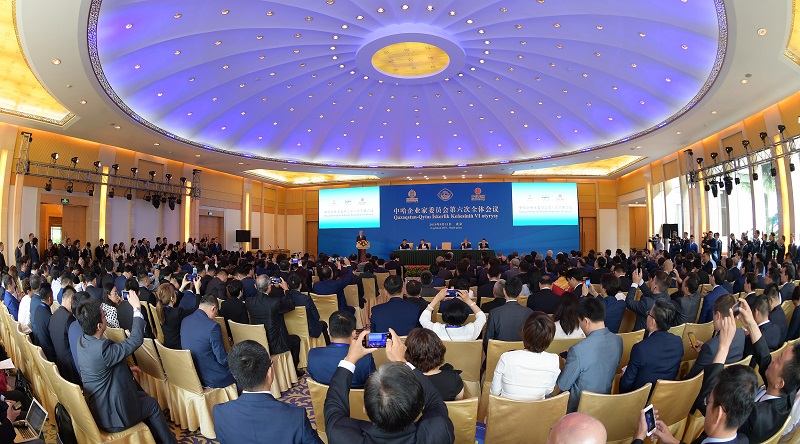 The Head of State emphasized that Kazakhstan is making significant efforts to create favorable investment climate. «Kazakhstan entered the top 30 in the World Bank's Doing Business ranking. It is ranked 28th among 190 countries of the world. Over the years of Independence more than $300 billion of foreign direct investment has been attracted to the Kazakh economy. Our country is the leader in this indicator among the Central Asian states», said Kasym-Jomart Tokayev.

The President urged Chinese businessmen to more actively use the Astana International Financial Centre (AIFC) exchange for financial operations. He noted that it is a unique institution for the region with more than 250 companies registered. Mr. Tokayev paid special attention to Kazakhstan's capabilities in the formation and development of a transport corridor between Asia and Europe.

According to the President, «Nurly Zhol» State Infrastructure Development Program implemented in Kazakhstan is associated with the Chinese project called «Belt and Road». The Head of State expressed confidence that by joint efforts Kazakhstan and China will be able to revive the former greatness of the Silk Road. One of the key priorities of Kazakhstan is the development of a new economy based on innovation and new technologies. Kassym-Jomart Tokayev noted that high-tech industries as well as elements of the Industry 4.0 attract strategic interest to our country. Bilateral cooperation in this field, according to the President, is of particular importance due to the fact that in the recent years China has become a recognized world leader in the development and implementation of the latest technologies. «We are interested in creating joint innovative enterprises, technology parks and IT centers. The international technology park of IT startups named «Astana Hub» has been launched in our capital. It is actively developing in such areas as Big Data, the Internet of Things, artificial intelligence, cloud technology and supercomputers. Simplified visa, labor and tax regimes are provided for participants of the technology park», the Head of State noted. 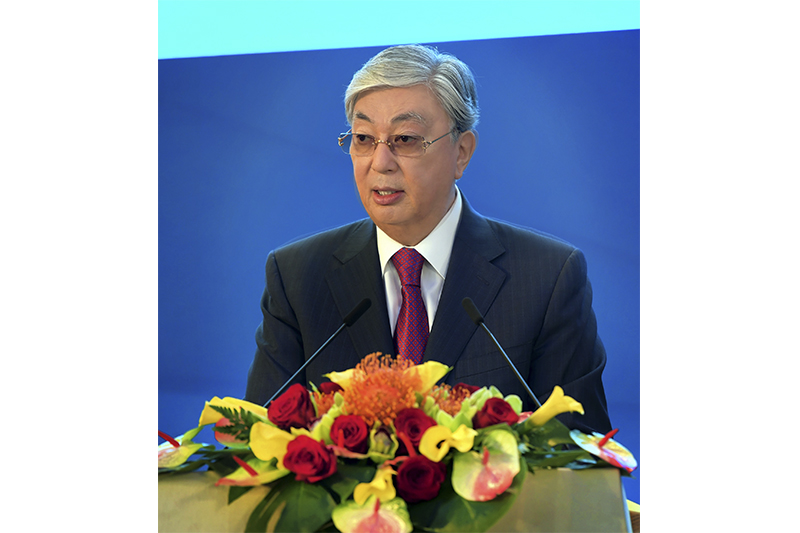 Kassym-Jomart Tokaev has also singled out agriculture as one of the promising areas of bilateral partnership. He noted the enormous scale of the Chinese market and the emerging opportunities of this export direction for our country. «As you know, Kazakhstan is one of the top 10 world exporters of high-quality wheat. Last year wheat exports to China reached 550 thousand tons. Kazakhstani salt export shipments to international markets are growing. We are ready to supply China 100 thousand tons of edible salt annually. In addition, our country is ready to supply dairy products, poultry, beef, lamb, pork, as well as flour, cereals, legumes, and oilseeds to the Chinese market. We intend to increase the production and export of organic food to China», said the President.

In addition, he touched upon the issues of bilateral collaboration in tourism. Mr. Tokayev emphasized that Kazakhstan pays special attention to this industry and invited Chinese investors to partnership.

At the plenary session of the meeting speeches were made by Chang Zhenming the chairman of the board of directors of CITIC Group corporation and the co-chair of KCBC from the Chinese side, Akhmetzhan Yessimov the chairman of the board of Samruk-Kazyna JSC and the co-chair of the KCBC from the Kazakhstani side, as well as Kairat Kelimbetov the manager of the Astana International Financial Center. Following the event representatives of the Kazakh side signed a series of commercial agreements with the Chinese business persons.