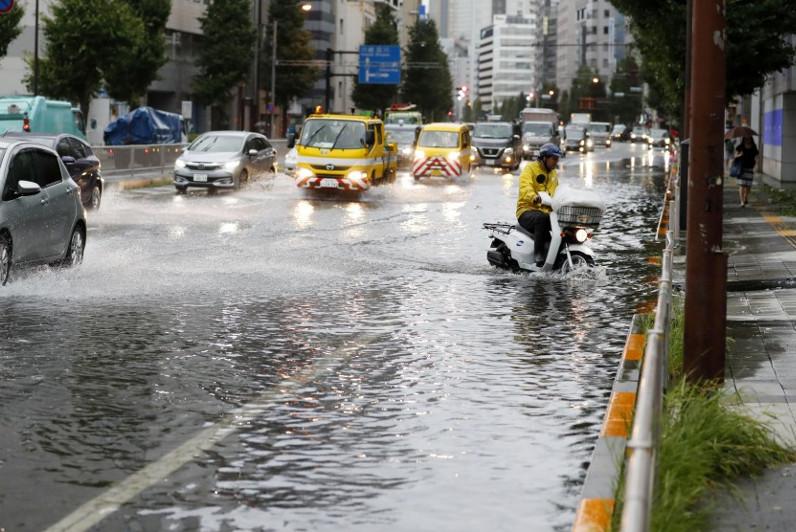 TOKYO. KAZINFORM A powerful typhoon landed near Tokyo early Monday morning, leaving at least one person dead and about 40 people injured while affecting hundreds of thousands of rush-hour commuters in the metropolitan area at the start of the week.

East Japan Railway Co. suspended all lines in the greater Tokyo area as Typhoon Faxai made landfall near the city of Chiba shortly before 5 a.m. as one of the strongest typhoons on record to do so in the Kanto region of eastern Japan, Kyodo News reports.

A woman in her 50s in Tokyo's Setagaya Ward was confirmed dead after a security camera captured her being blown off her feet and into a wall, according to police.

The typhoon also caused a tall fence surrounding a golf driving range to collapse and land on residences in Ichihara, Chiba Prefecture, leaving a woman in her 20s with serious injuries.

JR East, as East Japan Railway Co. is known, resumed some services later in the morning with major stations swamped by commuters.

«I was prepared to wait. I will take whatever line that moves, even if they are not JR lines,» said Yukio Sato, 63, who was on his way to work in Tokyo from his home in Yokohama.

Kazumi Kajiwara, 48, said she left her home around 5 a.m. and waited over an hour at Yokohama Station so she could get to work as quickly as possible.

«You can't help it because it's a typhoon,» she said.

At noon Sunday, the train operator announced ahead of the typhoon's arrival that services for the following day might be canceled given the expected major impact of the storm and the time needed to check the status of lines before restarting operations.

It was the second time it has predicted a suspension in services before a typhoon hit, after first doing so on Sept. 30 last year.

Winds of up to 209 kilometers per hour were reported at Kozu Island on the Izu islet chain, 207 kph at Chiba, and 207 kph at Haneda airport, all breaking records, according to the Japan Meteorological Agency.