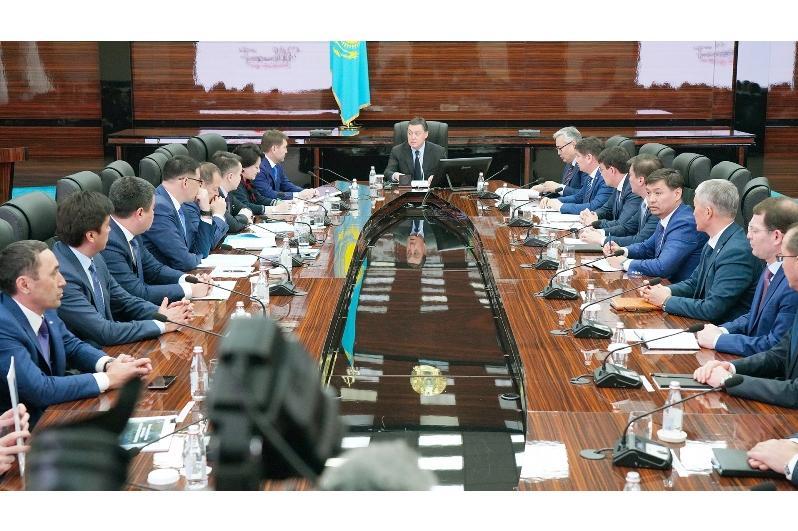 NUR-SULTAN. KAZINFORM As part of his working trip to Shymkent, Prime Minister Askar Mamin held a meeting on the development of the city, primeminister.kz informs.

Mayor of Shymkent Murat Aitenov, Minister of Culture and Sport Aktoty Raimkulova, First Vice Minister of Industry and Infrastructure Development Kairbek Uskenbayev, vice ministers of national economy Yermek Alpyssov and energy — Zhumabay Karagayev, Chair of the Board of Baiterek Holding Aidar Arifkhanov reported to the Prime Minister on the implementation of the 2019-2023 Comprehensive Development Plan for Shymkent, socio-economic situation, infrastructure construction, electricity and gas supply issues, investment projects, as well as organization of all the activities planned within the Year of the CIS Cultural Capital 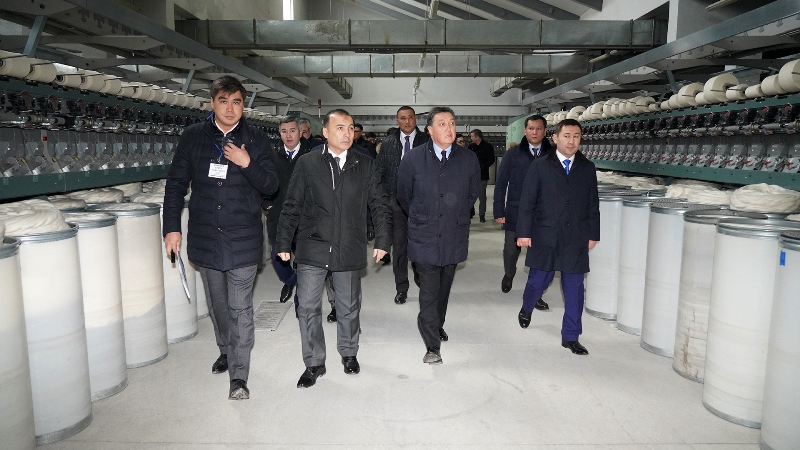 The head of government noted the importance of timely resolution of pressing socio-economic issues and improving the quality of life of city residents, as well as holding at the highest level all the planned activities within the framework of the year of the CIS cultural capital.

Mamin instructed the relevant state bodies and Shymkent Mayor’s Office to ensure high-quality preparation of all activities within the framework of the CIS cultural capital year, as well as to consider financing infrastructure projects in the fields of water, electricity and gas supply, housing construction and transport within two weeks.

During his working trip, Mamin familiarized himself with the construction of a new passenger terminal at the Shymkent International Airport with the capacity of 2,000 passengers per hour, which is planned to be built by October 2020. 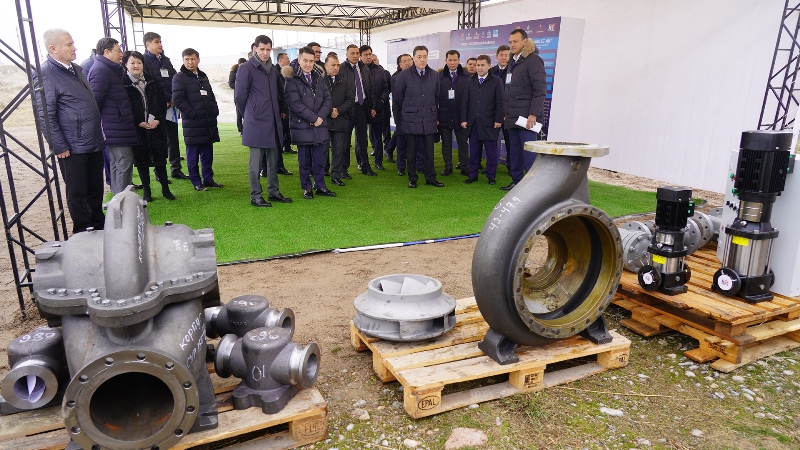 During the visit to the Ontustyk Special Economic Zone, the head of government was informed about implementation of 23 projects worth 58.8 billion tenge and aimed at creation of over 1,700 new jobs. The construction of a plant for the production of pumping equipment and pipeline valves in 2020-2025 is presented as one of the major promising projects. The project cost is 26.5 billion tenge, 1,500 jobs will be created.

The Prime Minister visited a sewing and spinning and weaving mill, which has been idle for many years, where he got acquainted with the projects of the Investment Fund of Kazakhstan JSC for their launch and further development of the textile cluster in Kazakhstan. The planned commissioning of enterprises this year will ensure the creation of about 800 new jobs and double the volume of cotton processed in Kazakhstan. 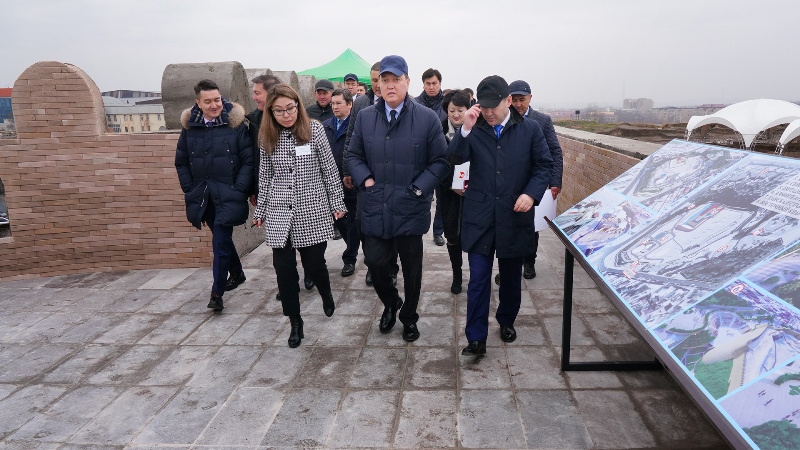 The head of government inspected the progress of the project on restoration and museumification of the «Shymkent Settlement» (Citadel), discovered during archaeological excavations. A museum of antiquity, a gallery and an amphitheater will be opened here. The project carries historical value and is intended to become an attractive tourist attraction in Shymkent.

For developing the region’s tourism potential, Mamin also visited the Kaskasu gorge, Tolebi district of the Turkistan region, located 60 km from Shymkent, where he got acquainted with the Kaskasu tourism and recreation complex project. 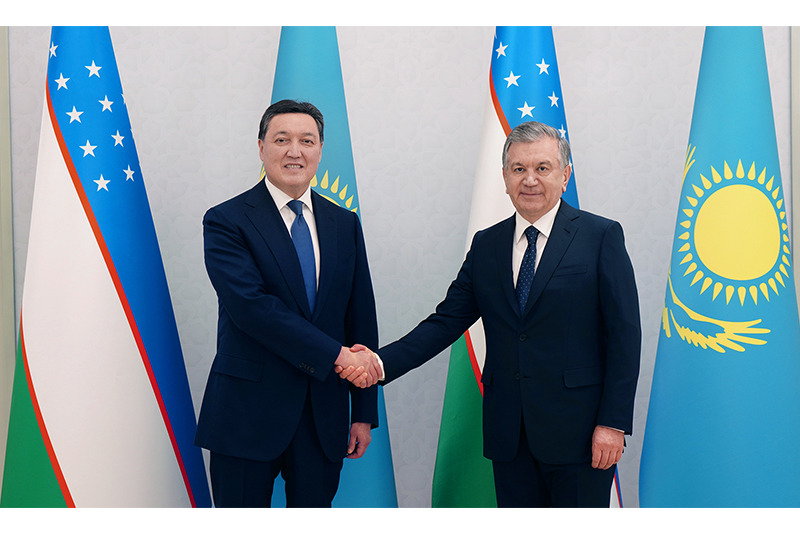 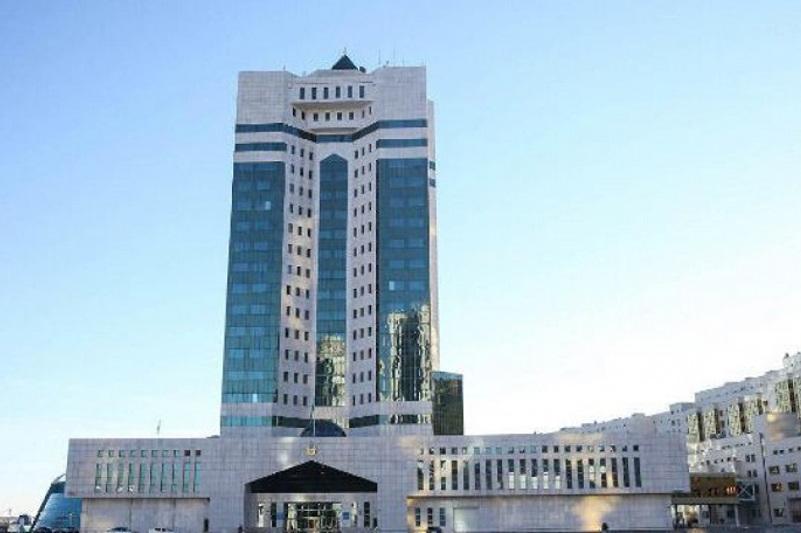