No. 2 seed Pliskova stunned, Zheng bounces back in China Open 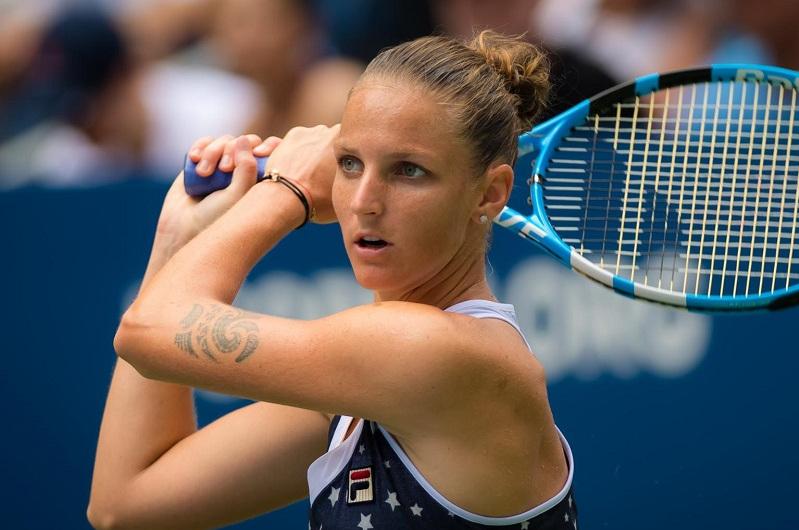 Ostapenko, who wowed the world by winning the 2017 French Open title as an unseeded player, overcame Pliskova 7-5, 3-6, 7-5, Xinhua reports.

Switzerland's Belinda Bencic, the No. 9 seed, knocked out Hsieh Su-Wei of Chinese Taipei 7-5, 6-2.

Peng broke Kasatkina's service in the fourth game, before another break earned the Chinese a 6-2 victory in the opening set.

Kasatkina had an early break into the second set, before the 33-year-old Peng made quick response to level at 1-1. Both players went neck and neck after eight games, but Kasatkina won the next two games to drag the match into a decider.

Peng, 33, appeared to suffer from thigh strain with the decider hanging in balance after six games, thus feeling impact on her movement. Broken in the ninth game, Peng finally conceded the decider 6-4.

Then Zheng regrouped herself in the second set to force a decider, where she triumphed through a tiebreak.

«I didn't feel quite well on the court today. She always hit the ball deep, and I could not get many opportunities in the match,» Zheng admitted.

«But I fought until the end. It boosted my confidence, as I managed to take away the victory even though I was not in good form,» she added.

In her full season playing senior tournaments, the 18-year-old Wang Xiyu lost to Katerina Siniakova of the Czech Republic 6-2, 6-2.

«I've tried my best on every point. After all, she is a strong opponent,» said Wang, adding that she still felt her improvement in fitness and mentality as time went on.

It was not the day for Chinese men's players. Wu Di, Cui Jie and He Yecong all crashed out from singles qualifiers. Cui and He also bowed out of doubles qualifiers.