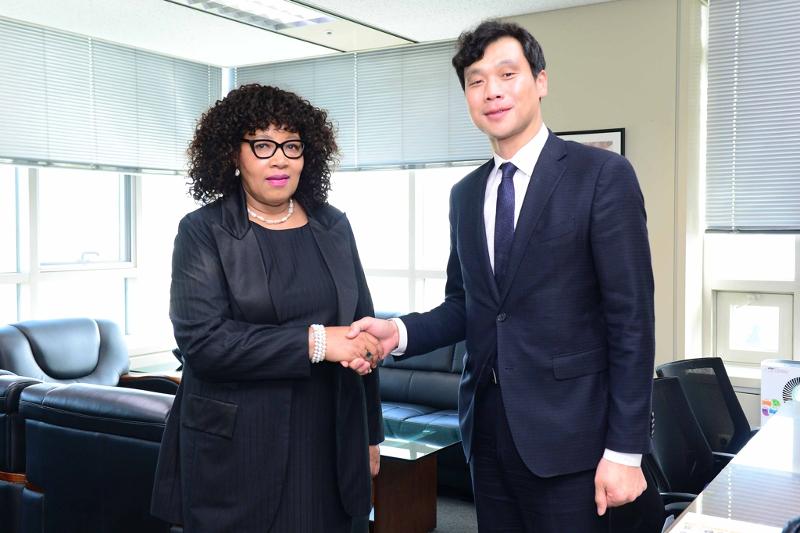 Zenani Mandela-Dlamini visited the foreign ministry Thursday to meet with ministry officials as part of the diplomatic procedures, Yonhap reports.

«I'm really happy to be serving in Korea. I think we've got a great bilateral relationship between the two countries,» she told reporters. «I will continue to strengthen the relations, and I look forward during my tenure to strengthening them.»

She is expected to soon present her credentials to President Moon Jae-in. She was named the ambassador to South Korea early this year.

Dlamini, 60, is the eldest daughter born to the late political leader and his second wife, Winnie Mandela. She has served as top envoy to Mauritius and Argentina.