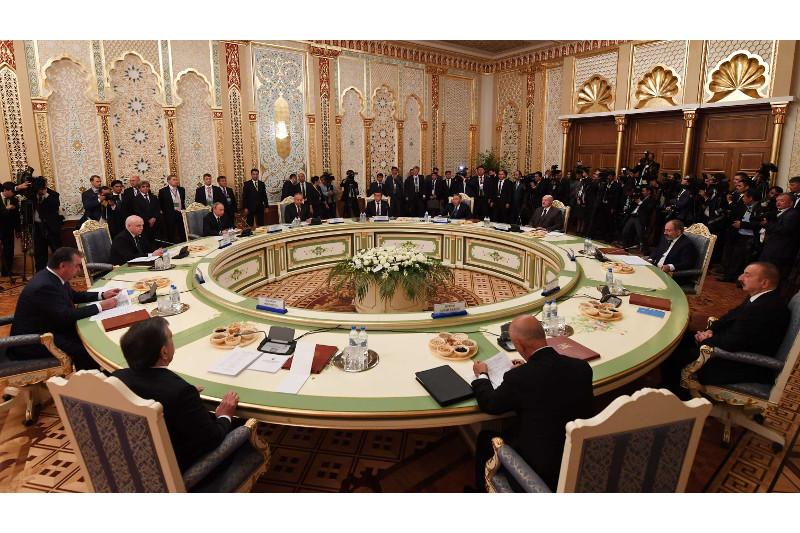 DUSHANBE. KAZINFORM - President of Kazakhstan Nursultan Nazarbayev has taken part in the CIS Summit in Dushanbe, the capital of Tajikistan, Kazinform has learnt from the Akorda press service.

At the top-level meeting with his CIS counterparts, President Nazarbayev paid utmost attention to the outcomes of the work done to strengthen and develop relations within the Commonwealth. The Head of State praised effectiveness of the reforms aimed at the overarching changes in the organization and revision of the CIS conceptual documents.

The Kazakh leader highlighted a range of promising areas of cooperation which will help further deepen interstate relations. In particular, the Head of State emphasized the need to remove trade barriers between the countries.

Also, Nursultan Nazarbayev touched upon the issues of expanding trade and economic relations and using transit and transport potential of all CIS member states to the full.

The President of Kazakhstan drew attention of CIS leaders to the need to implement joint projects in science and space domains as well as digitalization and tourism.

Participants of the CIS Summit were given an insight into the Astana International Financial Center (AIFC) and opportunities it offers.