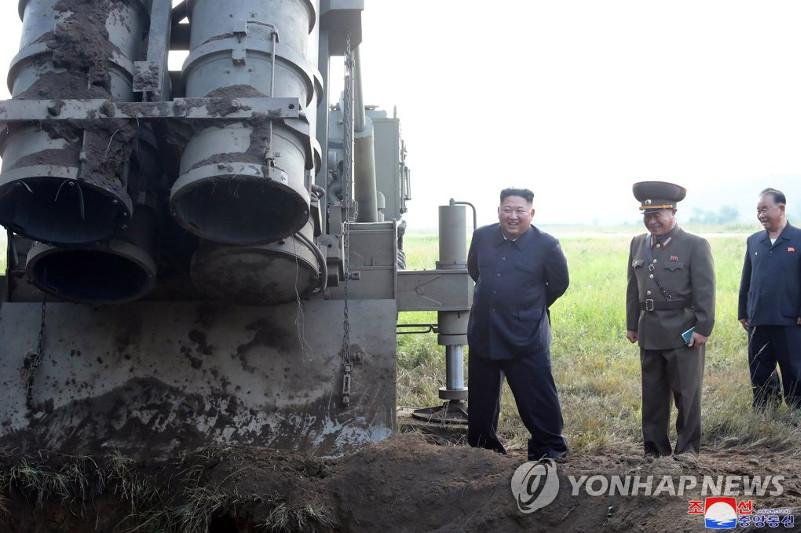 SEOUL. KAZINFORM North Korea said Wednesday that it tested a «super-large» multiple rocket launcher the previous day, but stopped short of declaring the test as a success, raising speculation that the latest firing might have failed to reach its intended targets.

On Tuesday, South Korea's military said that the North fired two short-range projectiles eastward from its western region, saying both flew about 330 kilometers at a maximum altitude of 50-60 km, Yonhap reports.

Kim also said that the latest test has finally verified aspects related to the weapon's combat operation, trajectory characteristics, accuracy and precise homing functions, adding the remaining step is to carry out a test «which is most vivid character in terms of the power of multiple rocket launcher.»

The KCNA, however, did not mention whether the test was a success, in contrast to its previous launch on Aug. 24, when the North claimed it conducted a «successful test-fire of a newly developed super-large multiple rocket launcher.»

Some experts speculate that one of the fired projectiles might not have reached its intended target, presumed to be waters off the North's east coast. 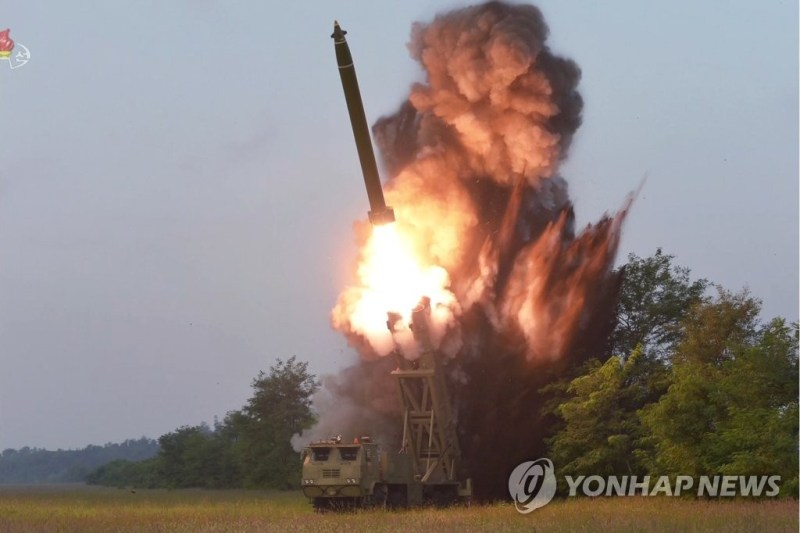 Photos released by the North's media showed the projectiles were fired from a transporter erector launcher (TEL) that appeared to have four launching tubes. As one of the four seemed to be covered, some raise the possibility that the North might have fired three projectiles the previous day.

Tuesday's launches marked the 10th weapons test North Korea has conducted this year and came weeks after the Aug. 24 launches.