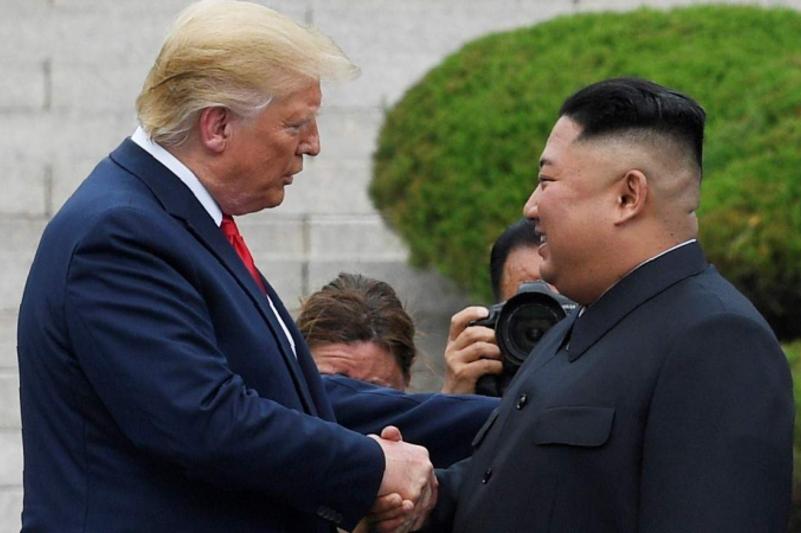 SEOUL. KAZINFORM - North Korea warned Tuesday that the agreed-upon resumption of working-level nuclear talks with the United States would be affected if the U.S. goes ahead with joint military exercises with South Korea, Yonhap reports.

A spokesman of the North's foreign ministry made the remark, referring to the 19-2 Dong Maeng exercise slated for next month. The remark indicates the North could reconsider the agreement to resume working-level talks if the planned exercise takes place.

The North has long denounced such exercises as a rehearsal for invasion of the country.

U.S. President Donald Trump and North Korean leader Kim Jong-un reached the agreement to resume working-level talks when they held a surprise meeting at the inter-Korean border village of Panmunjom on June 30.

In a separate statement earlier in the day, the foreign ministry said Pyongyang is running out of reasons to stick to the promises it made with Washington as Washington is not implementing its own promises.

«Less than one month after the Panmunjom meeting between the leaders of North Korea and the U.S., the U.S. is moving to resume the joint military exercise which was promised to be suspended by its leadership-level,» the statement said.

The North said it is a «clear violation of the basic spirit» of the June 12 declaration signed by Trump and Kim, and a «blatant pressure» on Pyongyang.

«Our decision to suspend nuclear and inter-continental ballistic missile tests or the U.S. decision to suspend the joint military drills was a pledge to improve bilateral relations, not some kind of a legislated document carved on a paper,» it said, in an apparent warning that it might not stick to the pledges.

The criticism came as the U.S. is pushing to hold working-level talks with the North for the nuclear negotiations which have been stalled since the collapse of the Hanoi summit between Trump and Kim in February.

According to diplomatic sources earlier this week, Washington has proposed to the North to hold a working-level meeting, but Pyongyang has yet to respond.