N.K. leader Kim arrives in Vladivostok for summit with Putin After its wee-hour departure from an undisclosed North Korean station and a stopover in the Russian border city of Khasan, Kim's special train pulled into the Pacific port city where Russian police have kept tight security for his first visit to the country since he took power in late 2011.

Disembarking from the train, Kim, wearing a black coat, flashed a broad smile to a throng of Russian officials and people welcoming his arrival. After an honor guard inspection, he was whisked away in his signature black Mercedez-Benz sedan in front of the station.

At Khasan, Kim voiced hope for "useful talks" with Putin about regional stability, slated for Thursday, while extending his appreciation for the Russian people's hospitality.

"During the meeting with your president, (I) will exchange opinions on many issues and I believe (the summit) will be an opportunity for very useful dialogue in stably managing and jointly adjusting the situation in this region," he told a Russian news broadcaster.

In the border city, he was greeted by senior Russian officials, such as Alexander Kozlov, minister for the development of the Russian Far East, and Oleg Kozhemyako, governor of Primorsky Krai.

"(My) visit to Russia this time will not be the last one. This will only be a first move (in the development of bilateral relations)," Kim told Kozlov according to a press release posted on the website of the Primorsky Krai government.

The summit with Putin will be a key test of Kim's diplomatic capacity amid his push to ease sanctions pressure, catalyze his lackluster drive for economic development and break a logjam in a denuclearization parley with Washington.

It marks his first trip abroad since his second summit with U.S. President Donald Trump in Hanoi in February fell apart due to a failure to bridge differences over the scope of Pyongyang's nuclear disarmament and Washington's sanctions relief. 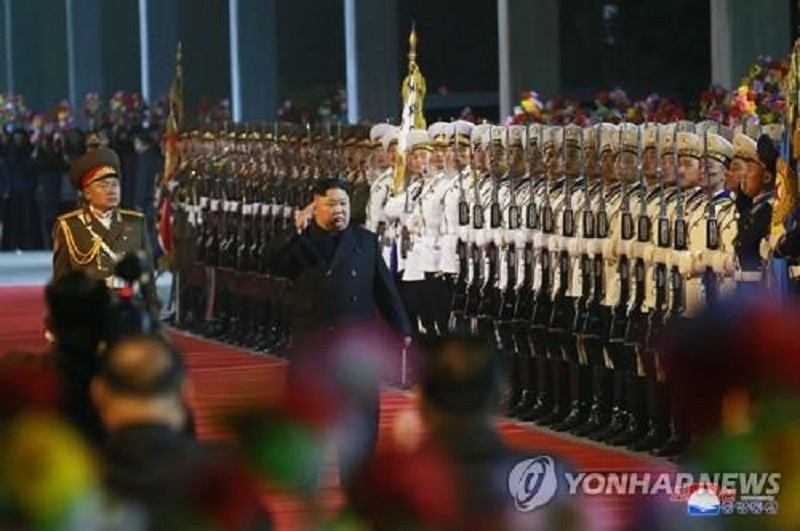 Italy's GDP may fall as much as 13% this year - Bank of Italy
News from dashboard.idealmedia.com
Popular