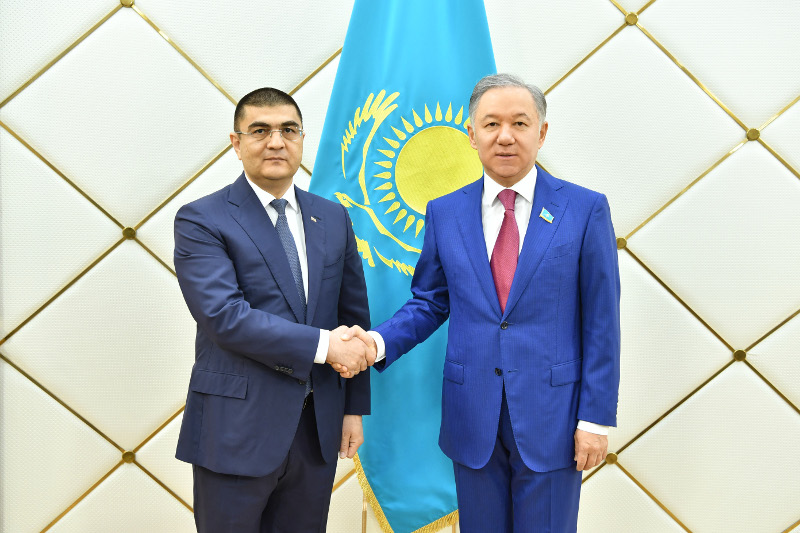 NUR-SULTAN. KAZINFORM - Chairman of the Majilis (the lower house of the Parliament of Kazakhstan) Nurlan Nigmatulin has met today with the ambassadors extraordinary and plenipotentiary of various foreign countries, Kazinform cites the Majilis' press service.

Majilis Speaker Nurlan Nigmatulin and Ambassador of Turkmenistan Toily Komekov discussed bilateral cooperation, primarily between parliamentarians, as well as in the trade and economic, fuel and power, transport, and cultural exchange areas.

The interlocutors underlined that the First President of Kazakhstan, Nursultan Nazarbayev, and the President of Turkmenistan, Gurbanguly Berdimuhamedov, laid the groundwork for the development of bilateral relations.

Nurlan Nigmatulin and Toily Komekov emphasized how important for the entire Central Asian region is the implementation of such major projects as Turkmenistan - Uzbekistan - Kazakhstan - China gas pipeline, the Kazakhstan - Turkmenistan - Iran Railway, and the signing of the historic Convention on the Legal Status of the Caspian Sea.

The Chairman of the Majilis also spoke in favor of expanding relations between the two countries' relevant committees of parliamentarians and cooperation groups for the exchange of law-making experiences.

In the opinion of Nurlan Nigmatulin, the inter-parliamentary dialogue development will also be boosted by the participation of the delegation of the Turkmenistan Mejlis (Assembly) in the 4th Meeting of Speakers of the Eurasian Countries' Parliaments themed "Greater Eurasia: Dialogue. Trust. Partnership" scheduled for 23 and 24 September in Nur-Sultan.

The Majilis Speaker and Armenian Ambassador Gagik Galachyan discussed strengthening of inter-parliamentary cooperation for the good of the peoples. 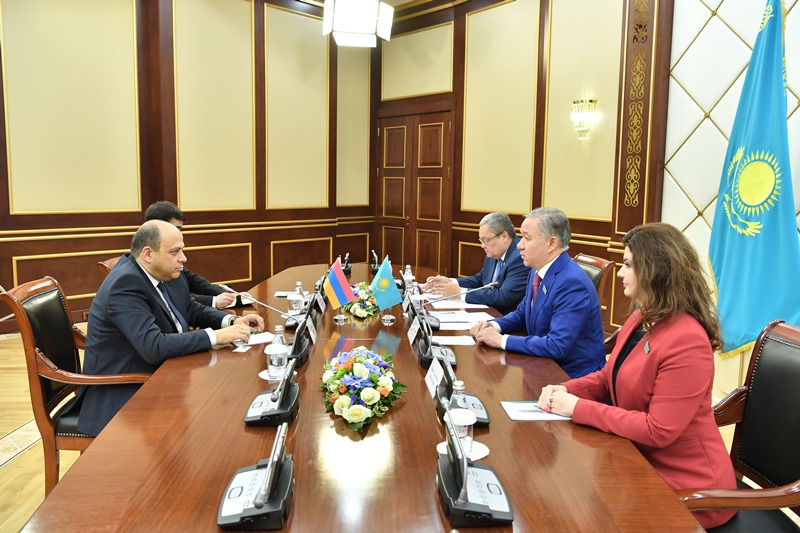 The delegation of the National Assembly of Armenia led by its Speaker confirmed participation in the forum in Nur-Sultan.

During the conversation, Nurlan Nigmatulin and Gagik Galachyan also noted the close cooperation between Kazakhstan and Armenia within the framework of the integration associations in the Eurasian space, which opens up great opportunities for parliamentarians' cooperation as well.

Speaking about the development of inter-parliamentary relations at the meeting with Ambassador of India to Kazakhstan Prabhat Kumar, the Majilis Chairman pointed out that Kazakhstan is interested in exploring Indian experience in the field of innovation, high technologies, and the use of renewable energy sources.

The sides also highlighted the importance of the documents signed as part of the SCO Summit in Bishkek, making it possible to propel interaction within the Organization to new heights. 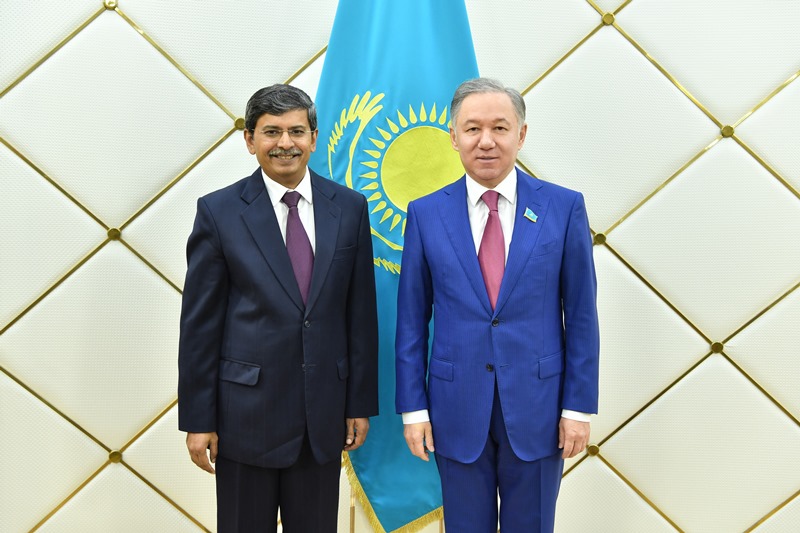