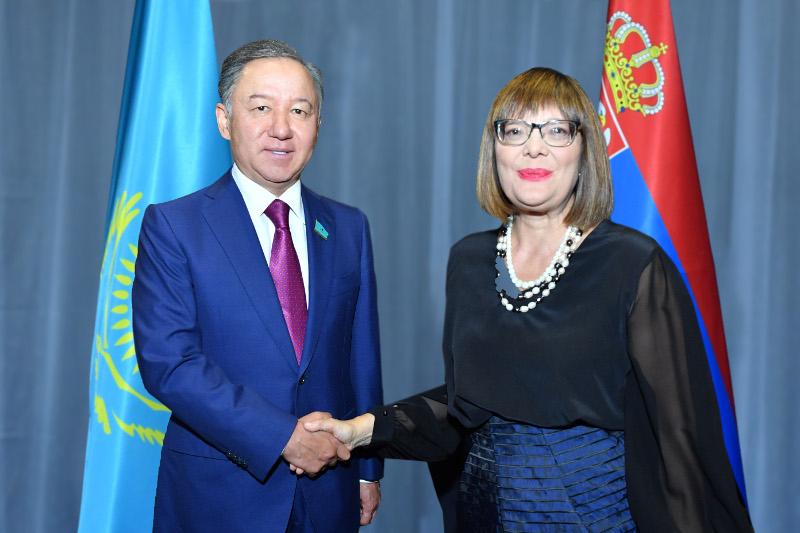 NUR-SULTAN. KAZINFORM - Chairman of the Majilis Nurlan Nigmatulin has discussed strengthening inter-parliamentary cooperation with the Speaker of the National Assembly of the Republic of Serbia Maja Gojkovic, Kazinform reports referring to the press service of Majilis.

The interlocutors held negotiations within the framework of the 141st Assembly of the Inter-Parliamentary Union which is being held in Belgrade.

Majilis speaker noted that Serbia is an important political partner of Kazakhstan in the Balkan region. He also emphasized that relations between the two countries are developing in an atmosphere of complete mutual understanding and trust.

According to his words, the official visits of the First President of Kazakhstan Nursultan Nazarbayev to Serbia in 2016, the President of Serbia Aleksandar Vucic to Kazakhstan in 2018, the decision of Kazakhstan’s President Kassym-Jomart Tokayev to open our country’s Embassy in Belgrade indicate the interest of the two states in deepening Kazakhstan-Serbian cooperation.

Among the promising areas for collaboration are agriculture, construction, pharmaceutical industry and tourism.

The Majilis speaker also spoke about the development of relations between Kazakhstani and Serbian MPs.

N.Nigmatulin thanked Maja Gojkovic for participating in the 4th meeting of speakers of parliaments of the Eurasian countries which took place in Nur-Sultan. 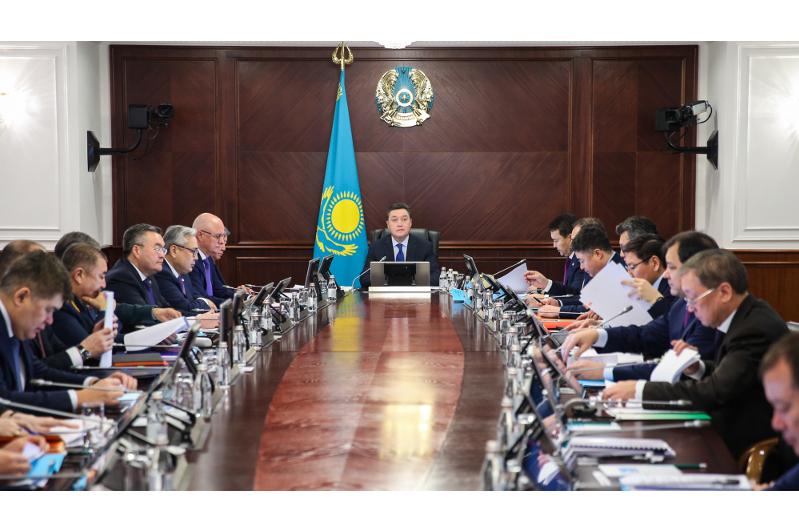