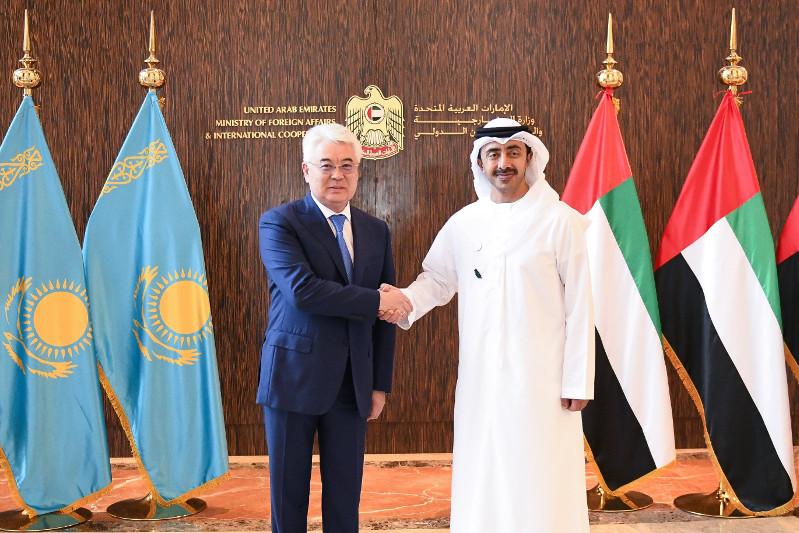 ABU-DHABI. KAZINFORM Minister of Foreign Affairs of Kazakhstan Beibut Atamkulov has had a meeting with the UAE Deputy Prime Minister and Minister of Presidential Affairs Sheikh Mansour Bin Zayed Al Nahyan in Abu-Dhabi. The parties discussed the state and prospects of the bilateral cooperation, Kazinform reports citing the MFA press service.

The sides pointed out unique partnership spirit of the Kazakh-Emirati relations and unchanged high level of the bilateral interaction. Throughout 27 years, since the year of establishment of the diplomatic relations, the political, trade-economic, cultural-humanitarian relations of the two countries have been dynamically developing.

«The UAE is a key strategic partner of Kazakhstan in the Middle East. We enjoy friendly and trustful relations. We are ready for active work on diversification of our mutually beneficial ties with your country,» Atamkulov stressed.

The official visit of the First President of Kazakhstan-Elbasy Nursultan Nazarbayev to Abu-Dhabi in March 2019 gave an additional impulse to the development of the bilateral cooperation. The visit resulted in conclusion of new agreements aimed at further strengthening of the strategic partnership.

The Kazakh Minister informed the Emirati side of the important political processes in Kazakhstan. He assured that Kazakhstan, as before, would strive to expand and strengthen the fraternal and trustful relations with the UAE. The newly elected President of the country Kassym-Jomart Tokayev, who is an experienced politician and well-known diplomat, will preserve continuity and high dynamics of the Kazakh-Emirati relations, he said.

The sides also discussed the schedule of the upcoming visits and high-level meetings.

«The relations between Kazakhstan and the UAE are special. We should not limit ourselves to the framework of our current cooperation and move to a brand new level. We have all opportunities for that,» Sheikh Mansour Bin Zayed Al Nahyan said.

The Emirati side assured that the UAE is interested in expanding the investment cooperation with Kazakhstan, including in construction of infrastructure facilities in tourism sector. It was noted that the Abu Dhabi Plaza multifunctional complex in Nur-Sultan had become a successful example of investment cooperation and a symbol of fraternal relations between Kazakhstan and the UAE.

The cooperation in construction of a petrochemical complex in Atyrau region is promising as well. 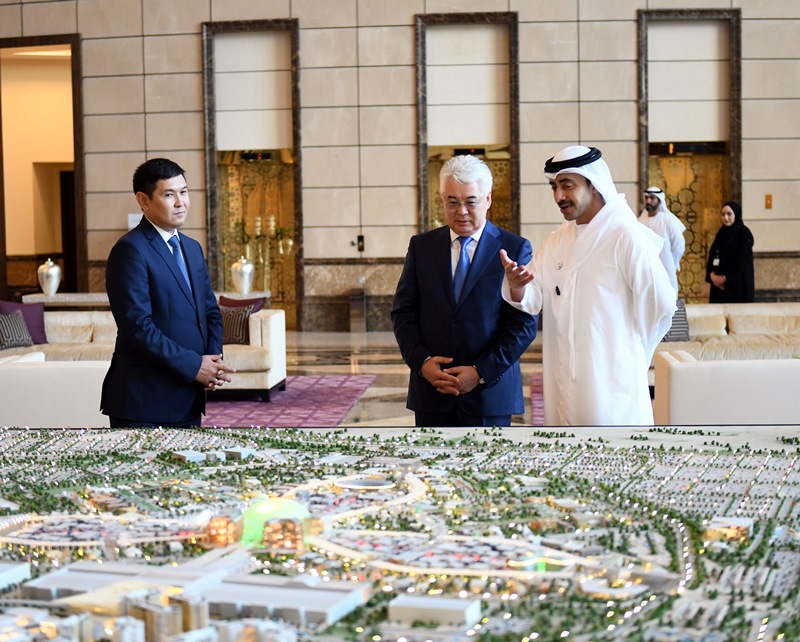 On the same day, Beibut Atamkulov met with his Emirati counterpart Sheikh Abdullah bin Zayed Al Nahyan, who is the co-Chairman of the Kazakhstan-UAE Intergovernmental Commission.

The sides discussed the main issues of the bilateral agenda and exchanged views on the most important international and regional problems. The sides reaffirmed mutual interest in continuing the ministerial interaction by means of political consultations.

The meeting focused on trade-economic and investment cooperation.

The Emirati side was informed about the improvement of investment climate in Kazakhstan and was invited to actively invest in Kazakhstan economy. From 2005 to 2019, gross inflow of direct investments from the UAE to Kazakhstan comprised $2.1bn. The parties agreed that this indicator did not conform to the existing potential of the two countries.

During the meetings, it was noted that Kazakhstan and the UAE had good prospects for the development of interaction in space sector. The sides welcomed the flight of the first Emirati astronaut Hazza Al Mansouri to the ISS scheduled for September 25 from Baikonur cosmodrome . 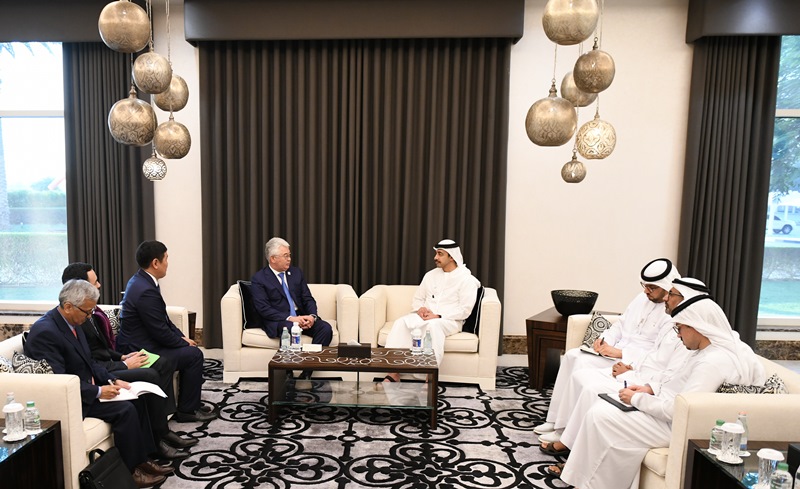 «We would like to thank Kazakhstan for the support and cooperation in development of space sector of our country,» Sheikh Abdullah bin Zayed Al Nahyan said.

In general, the negotiations of the two countries’ foreign ministers were held in a friendly atmosphere, in the spirit of openness and readiness for cooperation. The Kazakh Minister thanked his Emirati colleague for a high level of organization of the 7th meeting of the Intergovernmental Commission.

The sides agreed to expand and deepen the mutually beneficial cooperation.