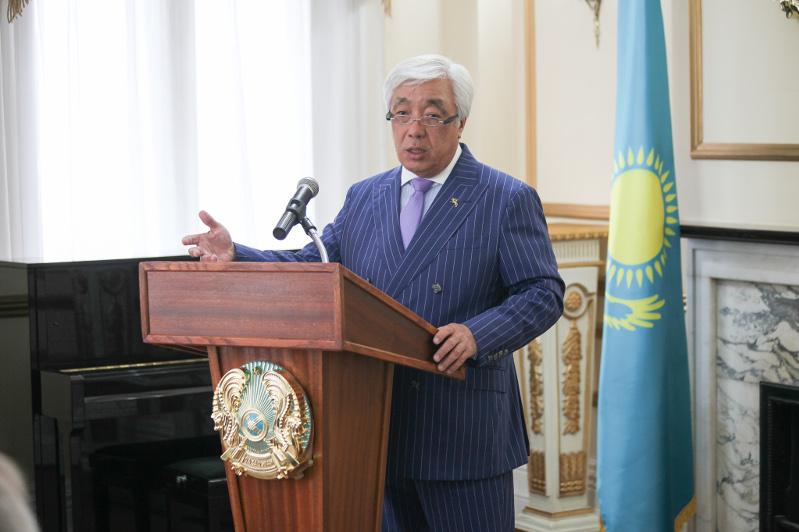 LONDON. KAZINFORM Kazakh diplomats discussed the state-of-the-nation address of the President of Kazakhstan Kassym-Jomart Tokayev with the British audience. The Ambassador of Kazakhstan to the United Kingdom Erlan Idrissov briefed the political experts, academicians, business executives, and UK journalists about the key points of the address, Kazinform learnt from the press service of the Kazakh Embassy in London.

In the context of the expanding global instability and growing inequality in the level of different countries’ socio-economic development, the President of Kazakhstan prioritizes solving domestic problems, strengthening the key institutions of a modern efficient state. President Tokayev’s first state-of-the-nation address covered all the main spheres of the country’s life, with emphasis on improving the welfare of the population, ensuring the rights and safety of citizens, and expanding opportunities through the development of an inclusive economy.

Ambassador Idrissov drew attention to the scale and depth of the proposed social and economic reforms, which will be accompanied by an elaborate modernization of the country’s social and political life. «Reforms for the sake of reforms are a path to crisis and loss of governance,» the Ambassador quoted President Tokayev as saying, noting that the most important task of the ongoing efforts to transform Kazakhstan is to act in the interests of the people and the state.

As the Kazakh diplomat explained, the National Council of Public Trust is one of the most important elements in implementing the concept of a «hearing state» and strengthening the constructive interaction of authorities with the civil society. The attendees, who were briefed about the main results of the Council’s first meeting, praised the further prospects of the Kazakh leadership’s initiative. 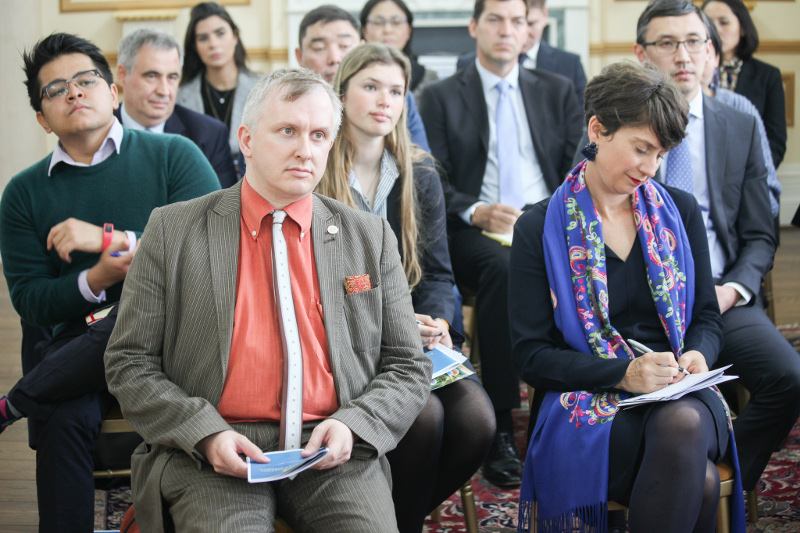 Briefing participants actively participated in the discussion at the Q&A session. British business executives were interested in the Kazakh President’s view on the national ecnonomy’s further diversification, the development of the agro-industrial complex, the taxation system, and the prospects for improving the investment policy. Infrastructure projects within the Nurly Zhol national programme and the Chinese Belt and Road initiative were of particular interest.

Representatives of the British Council, who have been successfully working in Kazakhstan for many years, drew attention to the Kazakh President’s important initiatives on improving the quality of education in the country and expressed their willingness to provide all possible assistance in the implementation of these initiatives.

Magdalena Randall-Schab, the representative of the Westminster Foundation for Democracy, highlighted the tasks outlined in the address on expanding the involvement of citizens in decision-making on vital issues.

«This is a really important novelty that can set an example for other states,» she said.

Professor Chris Alden of the London School of Economics and Political Science (LSE) supported the idea expressed in the address about the need to reform the budget process at all levels. According to him, the full involvement of the population in the formation of local budgets should play a crucial role in solving this issue.

British analysts, journalists, members of the British-Kazakh Society, the British Council and representatives of the creative industry shared their views on the address.

Brochures with the text of the state-of-the-nation address, as well as the information and reference materials with key facts and strategic initiatives of the new leadership of Kazakhstan were distributed among the guests.

Keywords: State of the Nation Address 2019, Kazakhstan and the UK,
:
Read also
News from dashboard.idealmedia.com
Popular