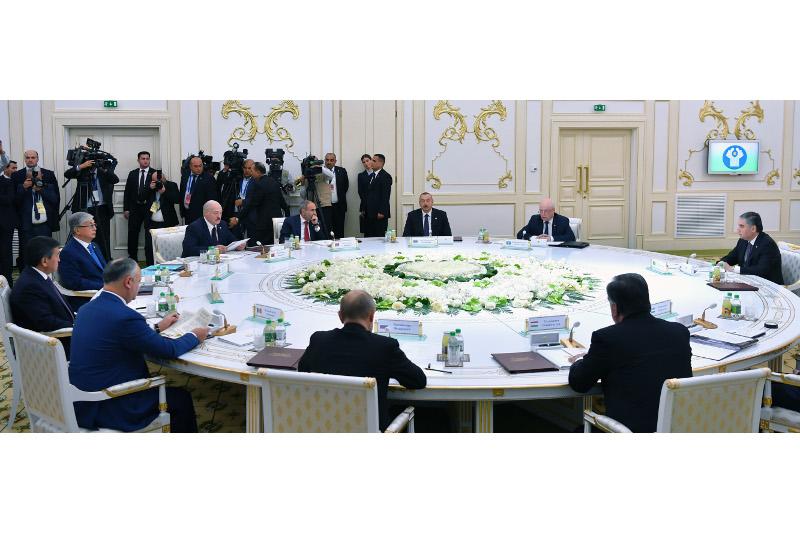 During the meeting, the sides exchanged views on multifaceted cooperation within the Commonwealth of Independent States, as well as discussed the issues related to the CIS presidency in 2020 and chairman of the CIS Executive Committee.

In his speech, the Head of State presented a comprehensive vision for the further development of the Commonwealth of Independent States. 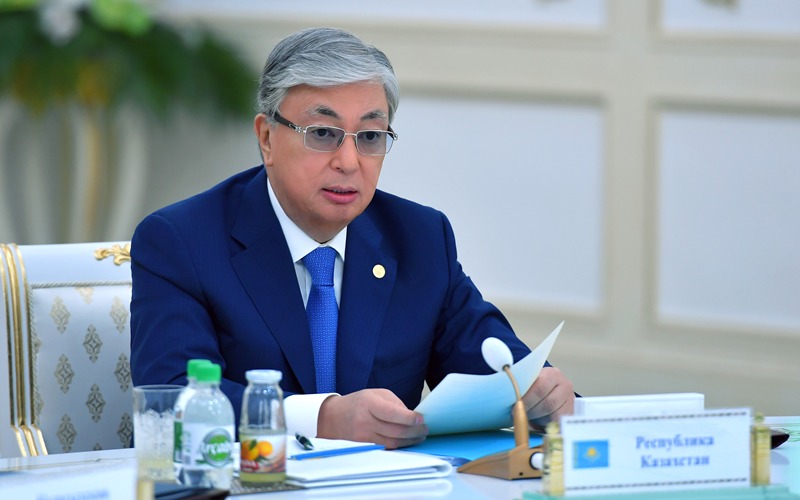 The President regards the CIS as an influential international organization, which has allowed preserving and strengthening political, economic and humanitarian ties between the CIS countries.

At the same time, Kassym-Jomart Tokayev noted that the world has entered an era of tension and uncertainty, the architecture of international relations is shaken due to the crisis of confidence, the turbulence of the world economy leads to an outflow of capital from developing countries. Against this background, according to President Tokayev, approaches to regional integration are changing, and many integration models, which previously seemed unshakable, are being tested for strength.

«Our Commonwealth also has to go through a difficult, but very necessary process of adaptation to changing realities. At the initiative of Nursultan Nazarbayev, we started the process of structural modernization of the CIS. In 2017, work began on updating the Concept of further development and the strategy of economic development of the Commonwealth. I intend to continue this work,» the President underscored.

As far as the Head of State is concerned, the development of trade and economic cooperation is of one of the priority tasks of the CIS.

«The establishment of the CIS Free Trade Zone in 2011 has improved the conditions for trade between our countries. However, further expansion of trade cooperation requires continued efforts to reduce existing barriers. We need new growth points that would give a new impetus to economic cooperation within the Commonwealth,» believes Kassym-Jomart Tokayev.

In this context, the President highlighted a number of promising areas for joint work, including digital technologies, e-Commerce, free trade in services, and tourism.

«The rapid development of digital technologies is changing the landscape of life of states. The work on digitalization of economy is underway in all the CIS countries. Exchange of experience and knowledge, as well as joint efforts within the framework of the Commonwealth is important for obtaining a synergistic effect. In this regard, I propose to hold special CIS forums on modern technologies on a regular basis. Similar measures are already being tested within the framework of the Eurasian Economic Union,» the Head of State said. 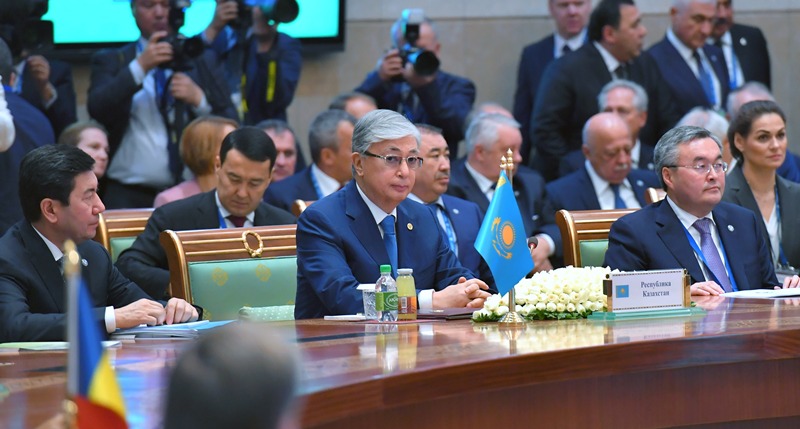 Speaking about the increased importance of e-commerce in the world, Kassym-Jomart Tokayev gave the following figures. In 2018, global e-commerce reached USD$1.8 trillion, accounting for 11.5% of retail trade. According to experts, in 5 years this figure will grow up to 2.8 trillion dollars. The President proposed to develop a regulatory document capable of providing conditions for the development of e-commerce within the Commonwealth, whose share in the global volume today is only 1%.

The Head of State also drew his attention on the significant potential of cooperation in tourism. According to Kassym-Jomart Tokayev, this industry brings great dividends to many countries of the world.

«Each country of the Commonwealth has its own unique recreational, natural landscape and historical sites. They can adequately complement the list of the most attractive tourist destinations in the world,» the President added.

Focusing on the issue of differences in visa and migration rules, the Head of State proposed to consider the introduction of a single visa regime on the territory of the CIS under the conditional name «Commonwealth Visa» as the Schengen agreement.

Kassym-Jomart Tokayev expressed confidence that this approach would significantly increase the tourist flow, while pointing out to the need for serious joint work of experts.

The President noted the symbolism of declaring 2020 in the Commonwealth as the Year of the 75th anniversary of Victory in the Great Patriotic War. 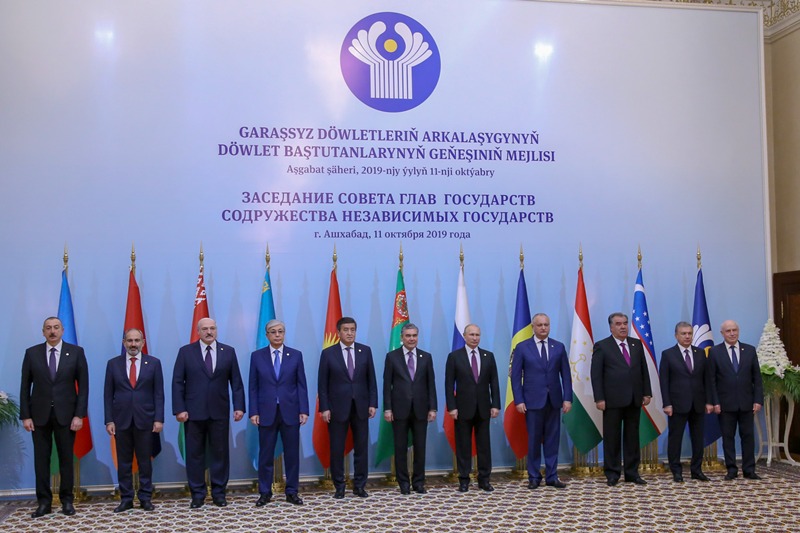 «In those heroic years, our peoples, including from Kazakhstan, stood as one unshakable front in the face of the Nazi threat. Perpetuating the memory of the fallen on the battlefields, paying a tribute to veterans and home front workers remains our common duty. We in Kazakhstan are strongly against the distortion of the history of the Second World War,» the Head of State said.

Concluding his speech, Kassym-Jomart Tokayev assured the audience of Kazakhstan’s readiness for deep, systemic cooperation within the CIS.

Following the meeting of the Council of CIS Heads of State, the following documents were signed:

1. Declaration on strategic economic cooperation of the member states of the Commonwealth of Independent States;

3. Convention of the state-participants to the Commonwealth of Independent States on the transfer of non-custodial sentences;

4. Programme of cooperation of the Commonwealth of Independent States member states in the fight against terrorism and other violent manifestations of extremism for 2020-2022.

Day of Remembrance of Victims of Political Repressions – to remember each
News from dashboard.idealmedia.com
Popular