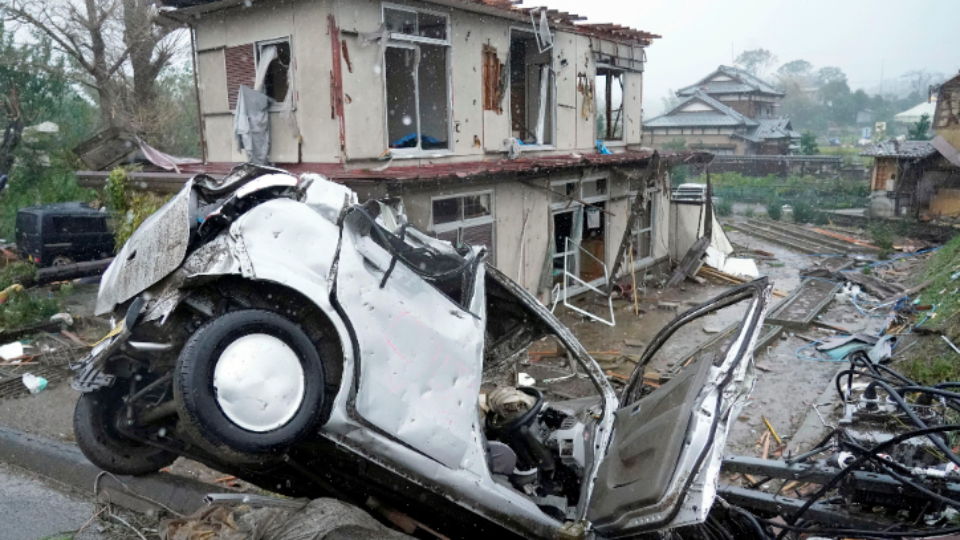 TOKYO. KAZINFORM - Japan ramped up rescue efforts on Sunday for survivors of a typhoon that brought record-breaking amounts of rain, flooding huge swaths of residential districts and leaving at least 33 dead and nearly 20 others missing, Keyodo News reports.

A day after Typhoon Hagibis lashed Tokyo and other areas in central, eastern and northeastern regions, 19 people are still missing, according to a Kyodo News tally based on information provided by rescuers and other authorities.

Some 27,000 members of the Self-Defense Forces have been dispatched to those regions, including Nagano, where they tried to rescue about 360 people who were stranded after an embankment of the Chikuma River collapsed, with the land ministry warning of the possibility of floodwaters up to 5 meters deep.

As the collapse was confirmed by around 3 p.m. and many were asleep at the time, the death toll could increase.

Rescuers used helicopters and boats to save stranded residents from their flooded homes, as some called for help from second-floor balconies.

As of 4 p.m., embankments of 21 rivers in Japan had collapsed, according to the infrastructure ministry.

The government held a meeting of its major disaster management headquarters, during which Prime Minister Shinzo Abe said, «People's lives should come first and foremost. Utmost efforts should be made to rescue people from inundated houses and look for people whose whereabouts are unknown.»

«Over 110,000 police officers, firefighters, coast guard officials and SDF personnel are currently engaged in rescue operations,» Abe said. «I ask the people of Japan to remain vigilant against landslides and flooding rivers.»

S. Korea seeks entry ban on foreigners to be released from quarantined cruise ship in Japan
News from dashboard.idealmedia.com
Popular