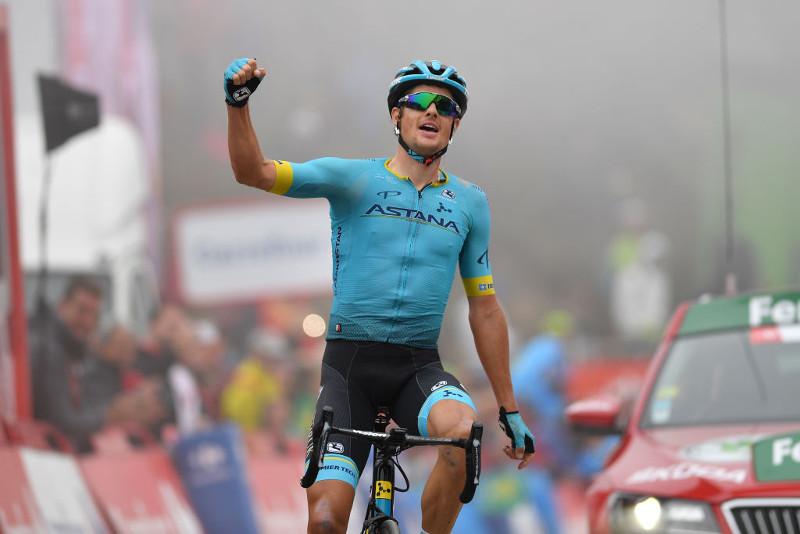 After a fast start in Pravia, a group of 17 riders went away together with Jakob Fuglsang and Luis Leon Sanchez. The leading group have opened a huge gap of 9 minutes and it looked enough to fight for the stage. Two Astana rider played out a perfect stage, ended with a victory and a stage podium place.

Behind the shoulders of the breakaway Astana Pro Team also spent a very nice day, moving up in front of the main group at the beginning of the last climb Alto de la Cubilla. Omar Fraile, Dario Cataldo and Ion Izagirre produced a big selection in the bunch and shortly after it was Miguel Angel Lopez, who attacked. He was caught back by the rivals but continued attacking again and again. In the end of the day, Lopez crossed the finish line together with Tadej Pogacar and Primoz Roglic but was able to drop Alejandro Valverde and Nairo Quintana.

In the end of the day Roglic moves into the second rest day of La Vuelta as the GC leader, Valverde is still second, 2.48 behind, Pogacar is third, +3.42 and Miguel Angel Lopez keeps his fourth position, +3.59.