CANBERRA. KAZINFORM - Parts of southeastern Australia are being pelted by hailstones the size of golf balls, big enough to smash car windows and injure birds, less than 24 hours after the region was hit by massive dust storms, CNN reports.

The hailstorms arrived in the national capital Canberra on Monday afternoon, covering the ground with white balls of ice and leaves that have been stripped from trees. People ran for cover, and drivers pulled off the road to try and find underground parking for fear of hailstone damage.

The hail stopped after about 15 minutes, but the hailstones, measuring about 2 inches (5 centimeters) wide, were enough to break windows and injure scores of birds, said Tom Swann, a researcher at the Australian Institute based in Canberra. He found an injured cockatoo that «screeched horribly» and took it to the vet, where there was a «steady stream of injured birds coming in.» 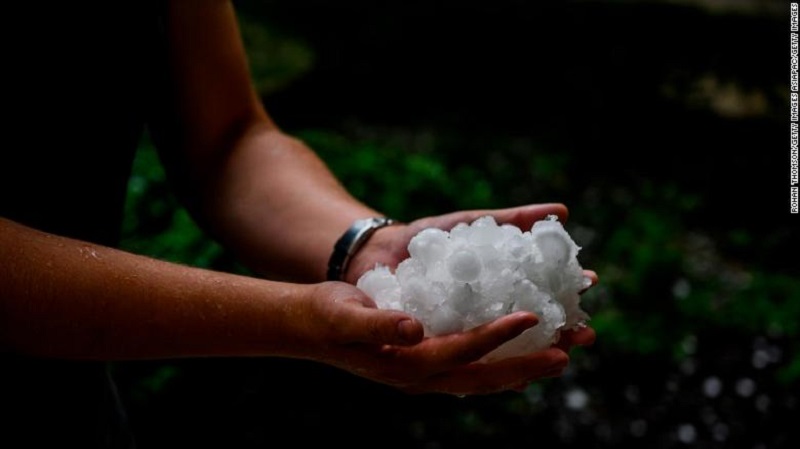 «Someone behind us at the vet brought in another galah, another brought a currawong, another a crow,» he told CNN.

The hailstorm is now headed east toward the coastal cities of Sydney, Wollongong, and Newcastle, according to the Australia Bureau of Meteorology. The bureau warned that the cities could see «damaging winds (possibly destructive), large hailstones (possibly giant) and heavy rainfall.» 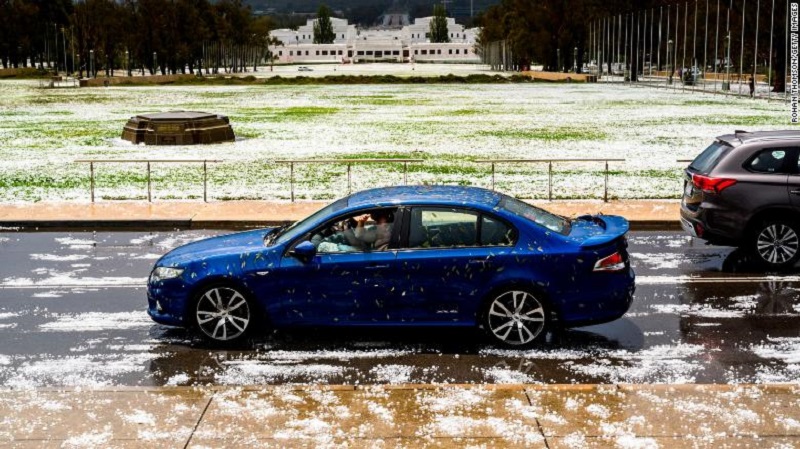 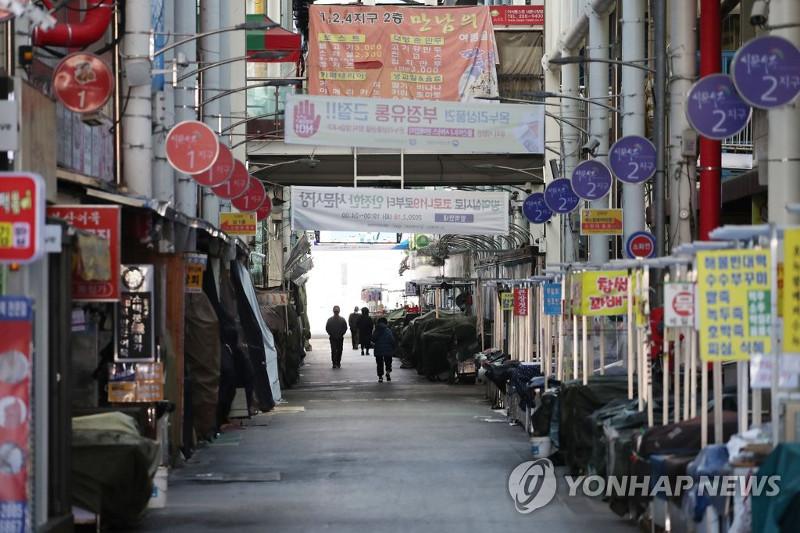