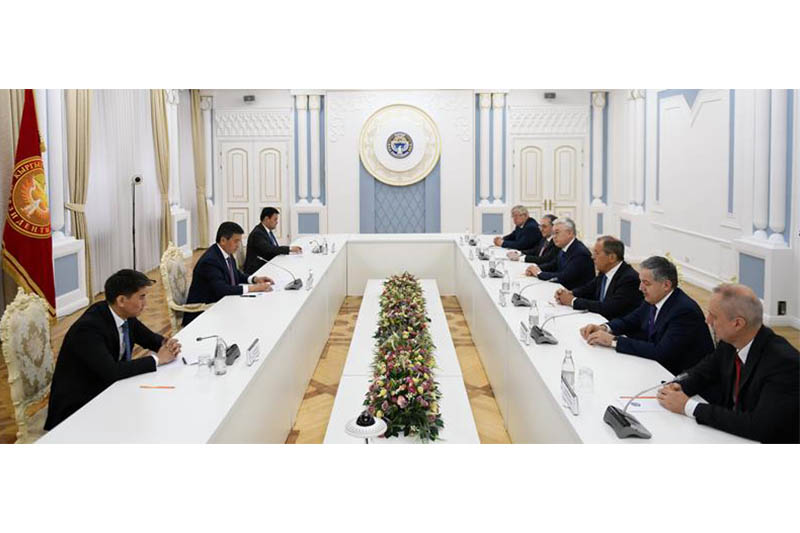 The meeting participants exchanged views on international and regional situation, the prospects of the Organization's development and discussed a wide range of measures of countering the challenges and threats.

The Council of Ministers adopted a package of measures of easing the possible tensions on the Tajik-Afghan border, the CSTO Action Plan on Implementation of the UN Global Counter-Terrorism Strategy for 2019-2021 and Information Interaction Regulations of the CSTO Crisis Response Center.

The foreign ministers also approved the List of Joint Statements for 2019 and the annual Plan of Experts Consultations on all the issues of the Organization's activity.

Following the meeting, the participants adopted an open statement to the NATO member countries' foreign ministers on development of cooperation and strengthening mutual confidence. The document contains a number of initiatives such as exchange of information, creation of a mechanism of prevention of dangerous military activities, mutual invitations to the drills, development of a direct dialogue between the leadership and structures of the two organizations.

The ministers made a joint statement devoted to the 75th anniversary of liberation of Belarus during the WWII.

In general, the documents adopted at the meeting are aimed at further strengthening of the Organization which proved again the CSTO's openness and its positive approach to the expansion of cooperation with other countries and international structure.

The next meeting of the CSTO Foreign Ministers Council will be held in Bishkek on the eve of the session of the CSTO Collective Security Council slated for November 28, 2019.

The CSTO was established on October 7, 2002 in Chisinau. Kazakhstan, Armenia, Belarus, Kyrgyzstan, Russia, and Tajikistan are the member countries of the Organization.