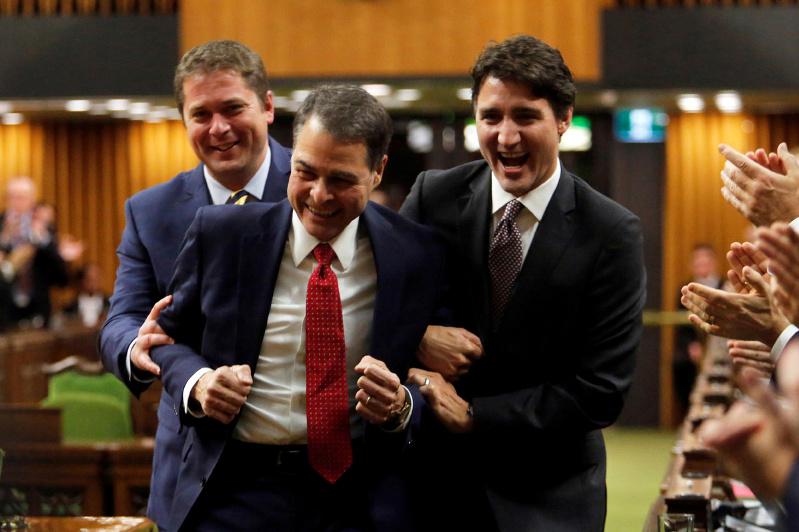 OTTAWA. KAZINFORM - In their first task of parliamentary business following the Oct 21 Canadian general election, members of the House of Commons elected a new speaker to preside over the lower chamber in the 43rd session of parliament on Thursday, China Daily reports.

Anthony Rota, a 58-year-old Liberal member of parliament, who was first elected to the House in 2004 and held the position of assistant deputy speaker in the last parliament, defeated four other candidates, including the incumbent and fellow Liberal MP Geoff Regan, to become the 37th speaker in Canadian history.

"My promise is to be fair - to be non-partisan and to do my best in this House at your service," Rota said in his first address to the House as speaker. Earlier, during a five-minute period candidates were allowed to campaign for the post in the Commons before MPs cast their secret ballots, Rota said that he had heard from his colleagues that "maintaining order and respect in the chamber" was their priority.

In the last House session, opposition MPs were reportedly displeased with Regan's singling out those who heckled during the question period during his four-year term as speaker. Rota, however, will have to oversee a Commons where no party holds a majority of the seats.

Unlike Justin Trudeau's first term as prime minister, when he led a majority government after his Liberal Party won the 2015 general election. But this year's national vote left him with a minority, and with Rota's election as speaker, 14 House seats short of a majority.

"Canadians sent us here with clear instructions to work together to make life better for them, to keep our communities safe and our economy growing, to protect our environment and create more opportunities for people to get ahead," Trudeau said during his remarks congratulating Rota on his ascension to the Speaker's job. "Common ground does exist in this Parliament, and I know we can build on it."

Jagmeet Singh, leader of the left-of-center New Democratic Party which is the fourth party in the House by seat count, said that "Canadians sent a pretty powerful message" in the October election, which resulted in a minority parliament where the Trudeau government could be defeated by a confidence motion.

But Canadian voters also sent the message that "they want Parliament to work for people, because those at the top have had too powerful of a voicer for far too long," said Singh, a turbaned Sikh who is the first visible minority to lead a major national Canadian political party.

In addition to serving as the House referee in interpreting parliamentary rules, Rota as the new speaker will also be responsible for the administration and management of the Commons.

Rota, who speaks English, French, Italian and Spanish fluently, also gets an official residence - the only parliamentary official beyond the prime minister and official opposition leader to receive that privilege.