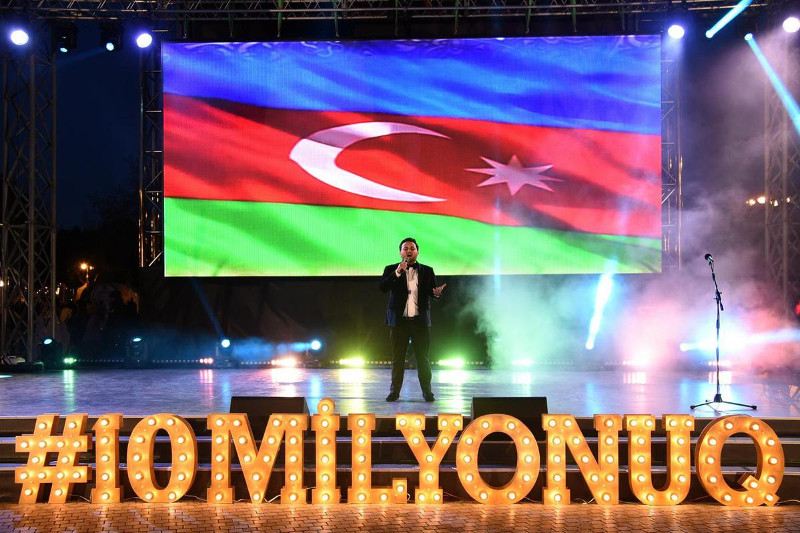 BAKU. KAZINFORM On April 6, 2019, the ten millionth citizen of Azerbaijan was born in the family of Rauf Hasanov and Nigar Ojagova (internally displaced people, residents of former Aghdara district, currently registered in the village of Bash Guneytapa in Aghdam district), China Daily reports.

The weight of the newborn girl is 3.6 kilograms, and her height is 52 centimeters.

Azerbaijani President Ilham Aliyev and first lady Mehriban Aliyeva congratulated the people of Azerbaijan and the parents of newborn baby on this occasion. On April 7, in Azerbaijan, this important news was solemnly celebrated by fireworks and concert programs.

Why is it important for Azerbaijani people to celebrate the birth of 10 millionth citizens?

First of all, it shows that Azerbaijan is on the path of sustainable development and the country increases its force in all means. When Azerbaijan Democratic Republic was proclaimed on May 28, 1918, the total population was 1.9 million, and in 1991, during the proclamation of the Republic of Azerbaijan it counted 7.2 million people.

Besides, it also indicates that Azerbaijani government highly appreciates human capital as a main treasure of the country. Development of human capital is at the heart of all government projects realized in the period of independence. The main targets of Azerbaijani government are to obtain success in reducing poverty and upgrading living standards as well as providing welfare of the population by effectively promoting the economic and social development of the country.

Today, we can see the real results of this policy and the birth of 10 millionth citizens is also an indicator of this success story.