Astana Media Week to kick off in Nur-Sultan 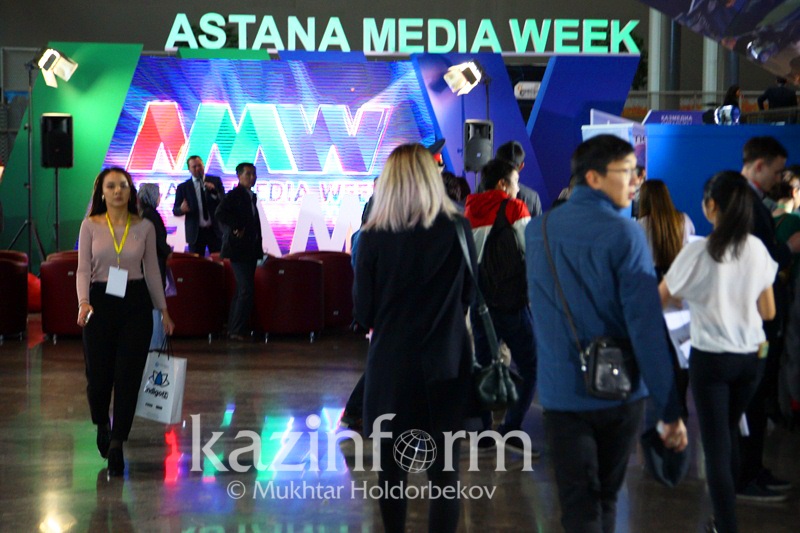 It should be noted that the feature will be carried out on September 11-13, Kazinform correspondent reported Tuesday.

The main goal of Astana Media Week is the development of the domestic media sector and promotion of business relations at the regional level. It bears to remind that last year the event gathered more than two thousand guests. There were represented more than 50 production companies. The AMW-2018 was attended by 60 domestic and foreign top managers of the media industry.

A roundtable discussion of film making activities in the country will be held with the participation of Dauren Abayev, Kazakhstan’s Minister of Information and Social Development.

The AMW is to be attended by well-known reps of mass media including Yelena Belousova, CEO of Star Media Film Company, a well-known Chinese film producer Jian Yi, Polish film director and producer Dariusz Jabłoński, and Deepti Chawla, head of the international distribution and marketing department of NFDC.

Kazakhstan is represented by Chairman of the Board of JSC «RTRK »Kazakhstan« Lyazzat Tanysbay, director and producer Rashid Suleimenov, film producer Nurlan Koyanbayev, as well as Academician of the Eurasian Academy of Television and Radio (EATR) Aliya Uvalzhanova.

The interactive format of meetings includes an informal conference MEDIA TALKS «Maximum Repost» with Mahabbat Yessen, director of the Media Support Fund, as a speaker. «The theory of generations» will become the main theme of the communication platform.

A content market will work in the exhibition hall for three days. It will represent more than 20 companies both production studios and TV content distributors.

A communication platform called «TRENDZONE: now is the high time» at the co-working space of «Kazmedia Ortalygy» will perform workshops and media lectures with the participation of journalists, PR consultants, diplomats, scientists, publishers, educators and creators.

September 12 the AMW will hold an advertising conference themed «ADTribune - Advertising Voice of Asia» where they promise to openly talk about problems, challenges and trends in the industry.

The final day of the media week will be devoted to media content trends including interactive storytelling, the evolution of video content, its adaptation, and monetization.

Astana Media Week is organized by «Kazmedia Ortalygy» Management Company LLP with the participation of the Ministry for Information and Social Development of the Republic of Kazakhstan.