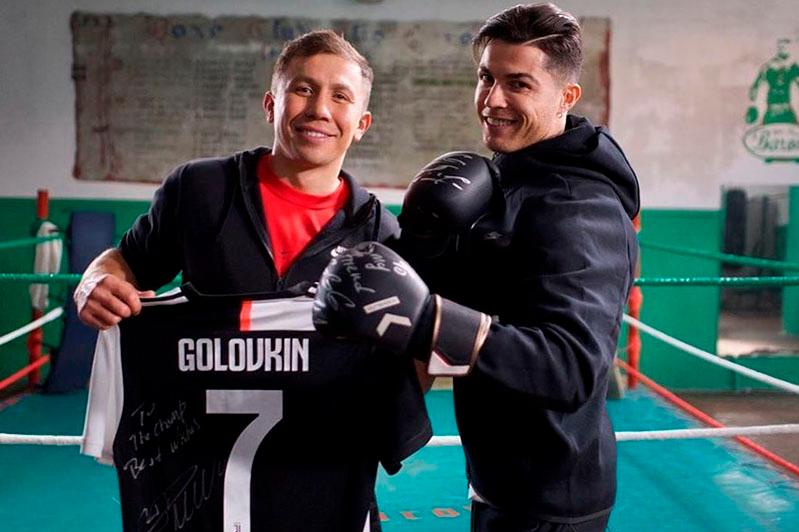 The a thletes in their Instagram accounts posted photos where they shoot in Turin for DAZN.

«Had a great time seeing my friend @cristiano today! There is something exciting in the works with @daznglobal – can’t wait for everyone to see», Golovking wrote under his photo on Instagram.

«Working on an exciting new project for @daznglobal with a special friend. Great to see you, @gggboxing!» commented Ronaldo.

Note that Cristiano Ronaldo is one of the most popular stars on Instagram with 191 million followers. Gennady has about 3.8 million Instagram followers.

It should be noted that in October Golovkin won two vacant IBF and IBO middleweight belts defeating Ukrainian Sergey Derevyanchenko by unanimous decision.

2 out of 4 Kazakhstanis aboard cruise ship tested negative, Minister
News from dashboard.idealmedia.com
Popular