EAEU, China agreed on coop in movement of goods NUR-SULTAN. KAZINFORM An Agreement on Exchange of Information on Goods and Vehicles of International Transport Moved across the Customs Borders of the Eurasian Economic Union and the People's Republic of China was signed during the St. Petersburg International Economic Forum, Kazinform learnt from primeminister.kz.

The document was signed by deputy prime ministers of the EAEU member countries and China as well as by Chairman of the Board of the Eurasian Economic Commission.

From the Kazakh side, the ceremony was attended by First Deputy Prime Minister - Minister of Finance Alikhan Smailov.

The purpose of the agreement is to organize cooperation in exchange of information on goods and vehicles transported across the customs border of the Eurasian Economic Union and the People's Republic of China.

According to him, the EAEU countries need to pay more attention to cooperation and creation of regional value chains. In particular, large-scale
cooperation projects can be implemented in processing industry, agriculture, transport and other areas. 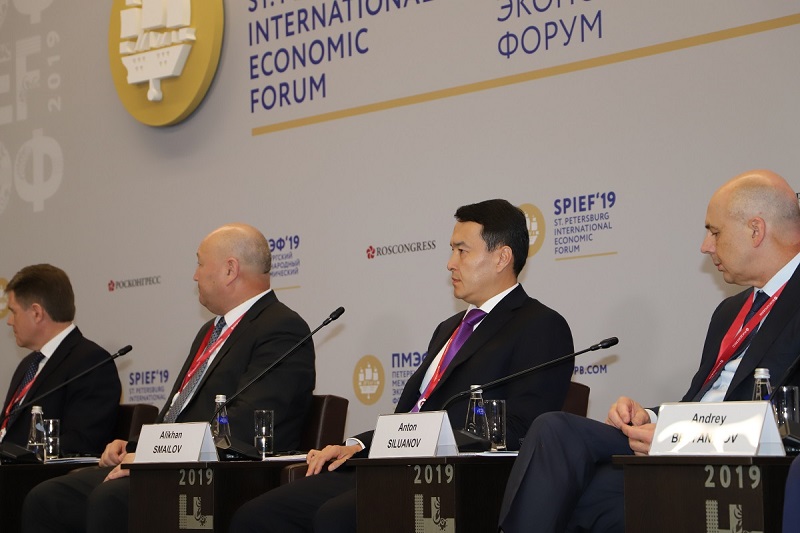 Smailov announced the launch of the project "The Eurasian Network of Industrial Cooperation, Subcontracting and Technology Transfer," which, by building cooperative ties, will enable small and medium businesses to be involved in production chains.

Strategic areas of the Eurasian economic integration development till 2025 are being elaborated now, he added.