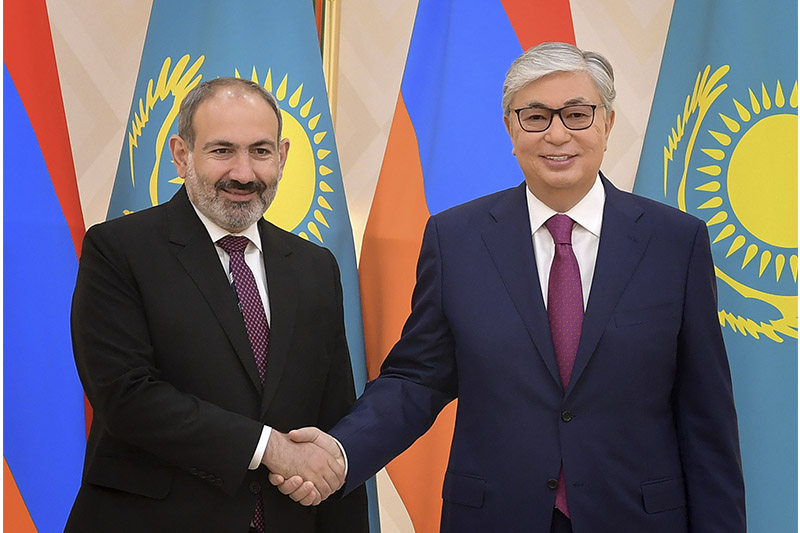 During the meeting, the sides discussed the issues of deepening bilateral economic partnership.

Kassym-Jomart Tokayev noted that Kazakhstan and Armenia have a lot in common. He reminded that the Kazakhstani and Armenian companies closely cooperate in many sectors. However, the Kazakh President firmly believes that those ties need a boost to strengthen trade and economic relations.

Nikol Pashinyan responded by expressing confidence the Kazakh-Armenian economic cooperation will expand in the future.

He pointed out that economic ties between our countries strengthen, trade grows robustly. But Kazakhstan and Armenia, according to him, need to unleash the existing potential in that respect. It was added that Kazakhstani and Armenian authorities should step up cooperation, including within the framework of the EAEU.