NUR-SULTAN. KAZINFORM Today's Birthdays is the one-stop shop where you can learn about prominent Kazakhstani people who were born on the 27th of April. 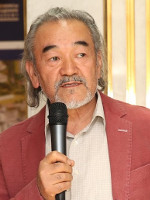 Honorary architect of Kazakhstan and member of the Kazakhstan Architects' Union Shukhrat YUSSUPOV was born 66 years ago in 1953. Born in Kuldzha (territory of China), he was a graduate of the Lenin Kazakh Polytechnic Institute. He was part of the teams which designed and constructed many buildings in the cities of Almaty, Astana (now Nur-Sultan), Atyrau, Aktau, Kyzylorda, Zhezkazgan, Turkestan and more. 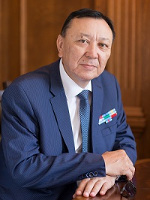 Chairman of the Council of the Kazakhstan Auditors' Chamber Sapar KOSHKIMBAYEV was born 62 years ago. Native of Semipalatinsk (now East Kazakhstan) region, he studied Economy at the Alma-Ata Economy Institute. 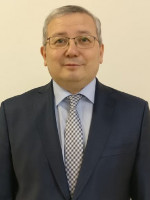 Deputy Minister of Foreign Affairs of the Republic of Kazakhstan Marat SYZDYKOV was born 53 years ago in Tselinograd (now Nur-Sultan). He is a graduate of the Tselinograd State Pedagogic Institute (1991) and the Diplomatic Academy of the Russian Foreign Affairs Ministry (2006). He served in the Kazakh Embassy in Russia in 2002-2010 and 2014-2019. Mr. Syzdykov took up his recent post in March 2019.